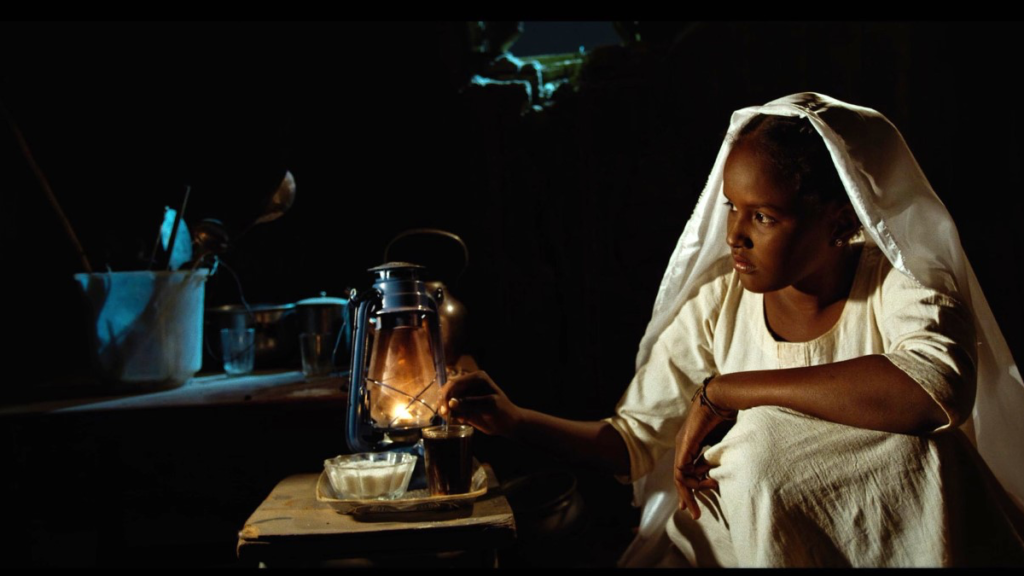 This year, Two Short Nights Film Festival has had the privilege of working with a number of creative collaborators, including freelance critic and writer Gavin Spoors, who has given us his insights on Short #3: The Balance of Power

Gavin is a freelance critic and writer whose work has featured Filmhounds Magazine, JumpCut Online and Flip Screen. He has covered festivals such as London Film Festival, BFI Flare, and Norwich Film Festival which champions short films from the UK and across the globe.

Rising sea levels aren’t the only worries for the father and son at the centre of this well-crafted drama. Set in a failing caravan park on the Welsh coast, Liam (Tom Glynn-Carney) clashes with his father Glenn (Game of Thrones alumni Owen Teale) after they receive news that in time their park will succumb to the coastal damage caused by the climate crisis. Liam wants to leave, Glenn wants to stay. But there’s more bubbling underneath: Liam doesn’t seem t belong anywhere in this soggy, poverty-stricken town and Glenn is stuck on his old ways even though he knows it’s only a matter of time before things get seriously dire. The miserably cold, wet location is beautifully captured on screen but it’s the stunning performances that reel you in and sticks in your mind.

At the centre of Greed is a terrific monologue and a ‘What if?’ scenario aimed at those who have benefitted from women’s inequality. Presented in one location set at a banquet for one, the focus is very much on the narrator delivering a message for women to become greedy and take what they want, just like how the patriarchy has done for thousands of years. With the monologue as the driving force, the direction and camera work don’t make much of an impact but thankfully the performance and pacing of the overall film does.

Two Options is a tense ride mostly set within the confines of a van. A Polish immigrant drives around a menacing accomplice who hides a mysterious motive from the audience as well as the driver. The simplistic cinematography creates a claustrophobic atmosphere as a good portion of the film is shot from one angle within the van. Adding to that tension are the stellar performances. The “Polak” is a fish out of water with both the situation and the language barrier, and “Le Tare” is a dangerously unpredictable firecracker. As the true objective comes to light and the titular two options present themselves, the tension reaches a boiling point even if the ending is slightly predictable. There’s a poignant observation on racism and immigration too underneath the surface of this thrilling short film.

This one minute short has a great idea that isn’t quite executed as well as it could have. A man waiting by a mysterious burger shack follows after a woman in the street but meets a grisly fate. The Giallo inspired lighting and sets are a lot of fun, and the filmmakers know it. There’s a sarcastic tone but having the film literally wink at its audience feels a bit overboard, especially when dealing with a serious topic.

Featuring TV actors such as Royce Pierreson (The Witcher, Line of Duty) and Georgina Campbell (Black Mirror, His Dark Materials), the performances are unsurprisingly terrific but thankfully the story is equally as engaging. Set in the titular pie shop, regular customer Mickie (Royce Pierreson) approaches another regular, Kim (Georgina Campbell), and the two get to know each other by reflecting on the past. Throughout subtle direction and acting from the cast, there’s a sense that something isn’t quite right and the true nature of what is happening is brilliantly played. It builds towards a devastating ending that, although slightly overlong, will stick in your mind long after the credits roll.

The climate crisis has been at the forefront of many a documentary, including this short film that puts the spotlight on a young first generation farmer. Through voice over she reflects on her experiences so far; from her daily process, to friendships, and of course the climate crisis itself. It’s a fascinating subject but unfortunately the lacklustre direction undos a lot of the narrative weight the dialogue is carrying. The imagery on screen doesn’t necessarily reflect what our narrator is talking about and doesn’t make the most out of the wonderful location on hand.

Al-Sit is a triumph of a short film. This is very much a Sudanese story about the arranged marriages that still happen to this day, but the film gracefully tackles universal themes of choice, love and tradition vs. modernity. Set in a cotton-farming village, fifteen year old Nafisa (played by first time actor Mihad Murtada) is confronted by her arranged marriage to a young businessman that was arranged by her parents. Nafisa’s grandmother Al-Sit (Rabiha Mohammed Mahmoud), the village matriarch, stands in the way of the marriage but has her own plans for Nafisa. It’s a visually stunning film thanks to gorgeous sun-kissed cinematography and costumes bursting with colour, but the story and performances are exemplary. The meat of the story – Nafisa caught in the crossfire of a conflict between the traditional Al-Sit and the modern groom-to-be – is riveting, thanks to the camera filling the frame with the actors’ faces as they verbally spar. Even with the heavy themes at play, Al-Sit ends with a hopeful glimpse of the future for girls like Nafisa.

All of these films can be viewed on 3 Feb as part of Two Short Nights Shorts #3: The Balance of Power screening. Find out more at twoshortnights.com