News and updates from our Creative Hub Virtual Relaunch 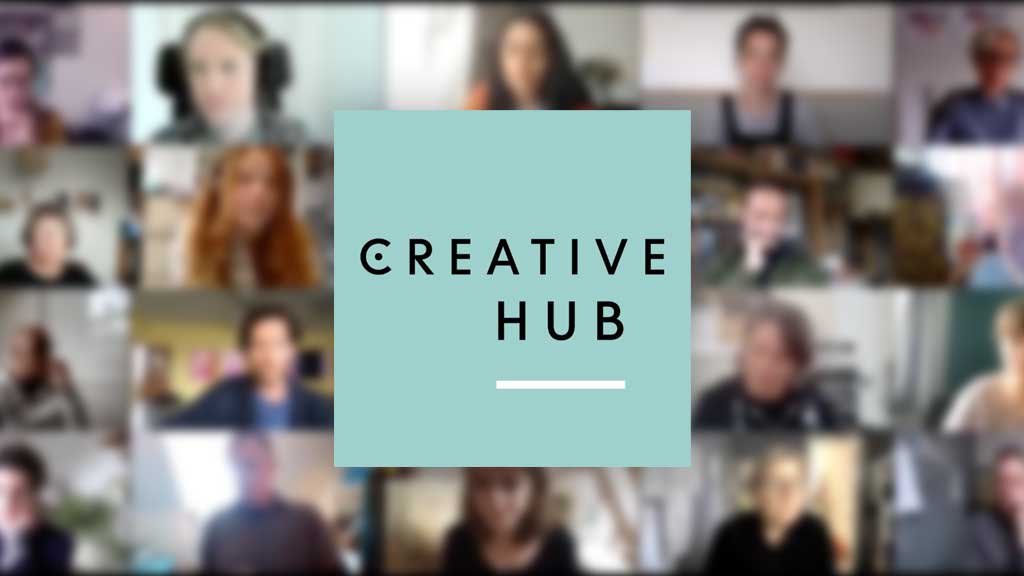 Want to hear the latest from Exeter's creative community? Catch up on last week's Creative Hub Virtual Relaunch by watching the video below!

The event saw our Programming team share what they are excited to see in Exeter Phoenix's programme this summer, news about upcoming projects and opportunities, and introduced special guests and associate artists to talk about creative projects happening in the region.

Below the video you'll find highlights and links to some of the stories and opportunities we were talking about. We look forward to welcoming you back to Creative Hub events in the future.

Our Curator and Galleries Manager Matt Burrows kicked off the event by sharing the news that our galleries will reopen on Mon 17 May. The reopening will see the return of a solo exhibition from Huhtamaki Wab and a new exhibition from Catherine Knight.

Matt also spoke about Correspondence – a new opportunity for visual artists that we are running in partnership with Broadway Gallery in Letchworth. Artists from Devon can submit their interest for the project until Mon 31 May.

Kathy Norris, our Visual Arts Programme Coordinator shared that our art classes and workshops will be returning soon with a mixture of in-person and online options to suit different preferences. Kathy is also excited to see the return of our Social Practice programme which will include workshops from Scotty Gillespie and Maddy Hearn.

Naomi Turner, our Live Programme Coordinator revealed some exciting news about upcoming outdoor theatre festivals which will see Exeter Phoenix takeover spaces in Rougemont Gardens this summer. More details coming soon! We will also be hosting some events in our own 'Secret Garden' and look forward to in-person indoor activity returning once restrictions ease.

Naomi is looking at some community focused programming this summer, and encourages anyone who is looking for a platform to share their work to get in touch with her by emailing naomi.turner@exeterphoenix.org.uk.

Keep an eye out for some upcoming theatre commissioning opportunities. Details of these new opportunities from Exeter Phoenix will come later this summer.

Naomi introduced her guest Charice Bhardwaj, who is one of our Associate Artists. Charice shared news of an upcoming family show from Quirk Theatre that she is working on, a recent spoken word commission (watch it here!) and an upcoming cabaret show about NHS nurses which she is currently working on with her collaborator Rosie Race.

Luke Hagan, our Digital Programme Coordinator, shared news about our upcoming digital programme of activity. Courses will slowly be returning, but Luke encourages anyone to get in touch by emailing luke.hagan@exeterphoenix.org.uk if there is anything they want to skill up in and we can talk about 1:1 or bespoke training packages.

Submissions are now open to the next Two Short Nights Film Festival which will take place in February 2022.

Luke shared news of a new National Lottery funded project we have just begun to work on that will examine the city's rich cinema heritage and share stories of people's first memories of cinema in Exeter.

Luke shared a video from our commissioned filmmakers, whose films will all be premiered at next year's Two Short Nights Film Festival.

Claire – our Film Programmer – shared the news that our cinema will be reopening on Mon 17 May, when we will return to bringing unique stories, films and experiences to Studio 74. Our upcoming programme will be announced soon, including Award Season successes Sound Of Metal and Nomadland.

Claire introduced Laura Denning who is representing our new associate artists, Cine Sisters South West. We are excited to say that Cine Sisters SW will be hosting the next Creative Hub Social, we anticipate will take place in a hybrid online/in-person event on 27 May.

Our director had the last word, sharing news of some of the events and activity he is looking forward to seeing return this summer. We look forward to welcoming back Respect Festival this year. The confirmation of restrictions easing further in summer will lead to more announcements and confirmation of more creative and cultural events for the city this summer.

All that remains is to say that we miss you all – it's wonderful to see the first step towards a return to normal with the reopening of our Café Bar, but we look forward

More From The Creative Hub