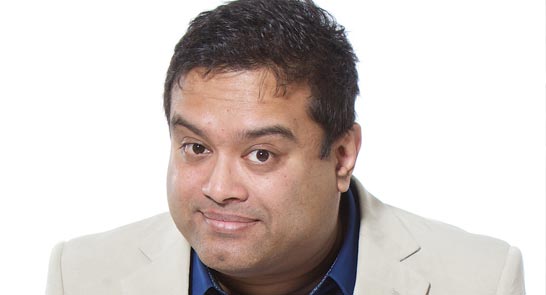 Paul Sinha is a stand-up comedian, but you might have seen him on the telly, as The Sinnerman, catching unlucky contestants on ITVs tea-time quiz, The Chase.

Over the last fifteen years, anyone whos been to a Norfolk A & E or visited a London doctors surgery might have been treated by him as Paul is a qualified GP. He wasn’t there handing out biscuits. That’d be weird.

Eagle-eyed quiz anoraks might remember him from his less than successful appearances on Mastermind, The Brain of Britain, The Weakest Link and University Challenge  The Professionals.

But what many people might not know is that for well over a decade Paul Sinha has been making his name in the world of stand-up comedy. Hes had great gigs, hes had horrific gigs, hes performed at gigs from Aberdeen to Auckland and from Sheffield to Singapore. There have been eight, count em, eight solo shows.

Paul Sinha is many, many things. Hes a brother, a doctor, a Gemini, a sports fanatic, a godparent, a proud quiz geek. But first and foremost, he is a stand-up comedian.

‘One of those comedians who makes you realise the power of stand-up comedy and the respect it deserves as an art form.’
YORKSHIRE POST

‘This is what a good stand-up should be. Hilariously funny, passionate and articulate.’
CHORTLE

‘Well on the way to earning himself a place in the pantheon of comedy greats.’
THE SCOTSMAN