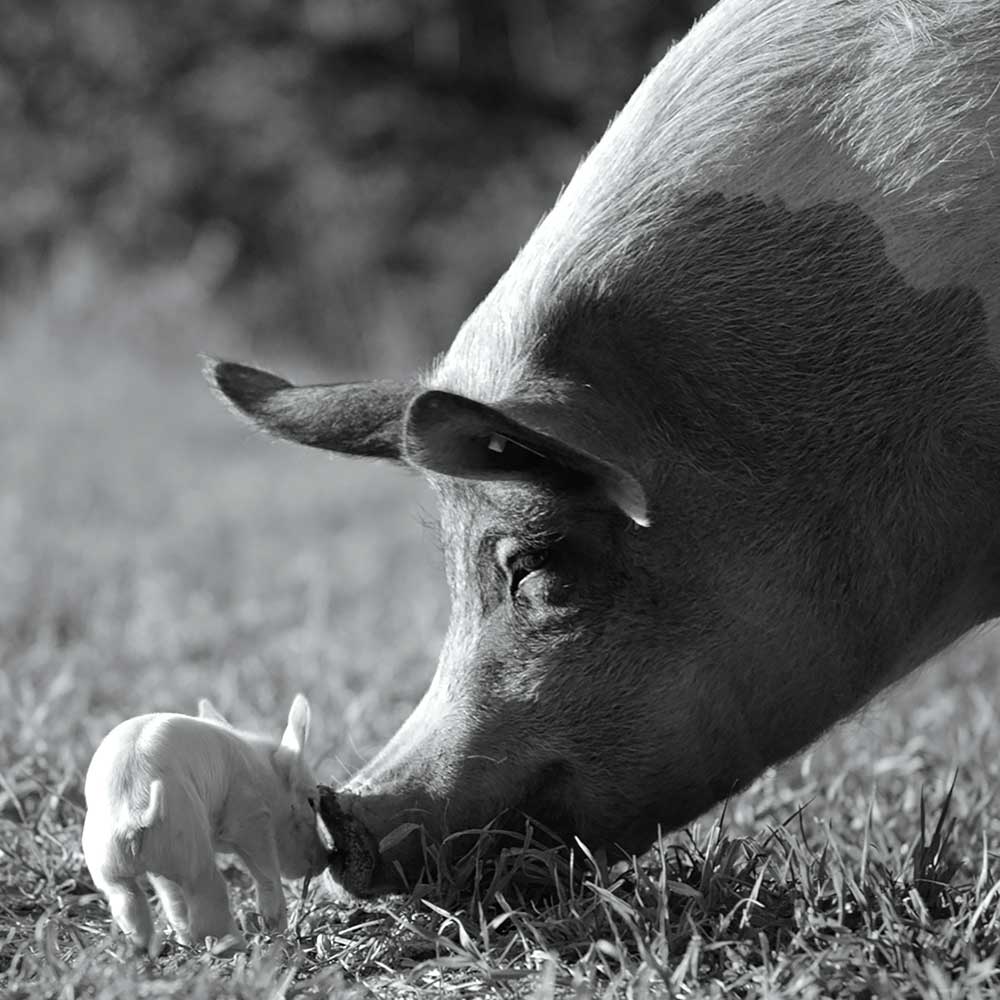 Where his prior film, the acclaimed epic AQUARELA (a sell out in studio 74 last year), was a reminder of the fragility of human tenure on earth, in GUNDA, master filmmaker Viktor Kossakovsky reminds us that we share our planet with billions of other animals.

Through encounters with a mother sow (the eponymous Gunda), two ingenious cows, and a scene-stealing, one-legged chicken, Kossakovsky movingly recalibrates our moral universe, reminding us of the inherent value of life and the mystery of all animal consciousness, including our own.

Executive producer Joaquin Phoenix collaborated passionately on this elegantly shot documentary, which lets the animals, nature and instinct speak for itself.

Additional programme notes about the film are available here

‘Gunda: a wordless 90-minute animal movie of mind-blowing ordinariness – and a work of genius …this is a film that finds beauty everywhere even though it ventures virtually nowhere’
THE GUARDIAN

This screening is presented in collaboration with Reclaim The Frame, a mission to bring ever-greater audiences to films by women to widen and enrich cinema’s perspective of the world, run by charity Birds’ Eye View, and backed by the BFI’s Audience Fund. To learn more and join the #ReclaimTheFrame mission and receive free cinema tickets, discount codes and other film goodies head here >>