The World Turned Upside Down: A play, an experience, an insight. 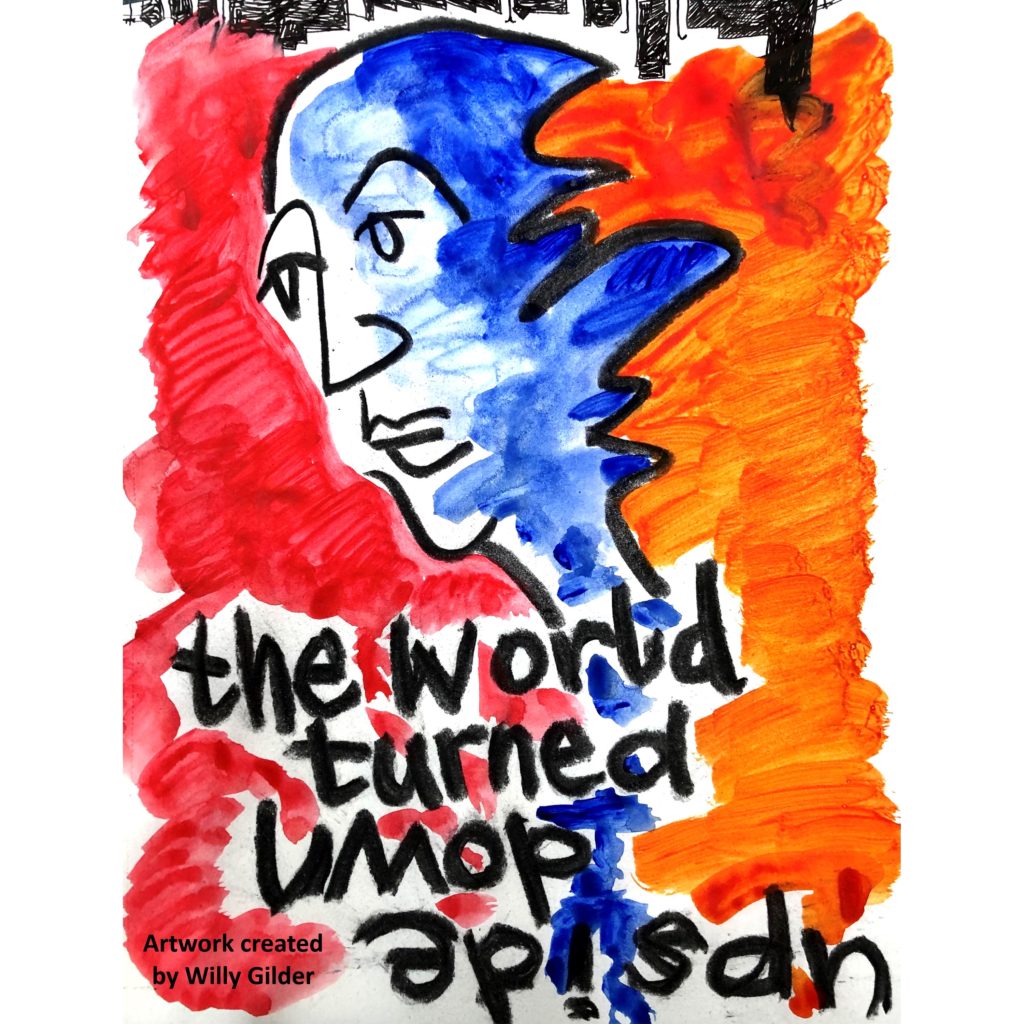 As part of our Spring 2022 Theatre Programme, we are delighted to welcome Forum Theatre performance ‘The World Turned Upside Down’ to Exeter Phoenix on Thu, 13 Jan.

Conceived and directed by Paul Jepson, the performance is part of Ideal Project, an initiative led by the University of Exeter which improves the experience of dementia.

Ideal Project have written a blog for us, which tells us all about what to expect from the Forum Theatre piece and how the shows unique theatre style has portrayed what it’s like to live with dementia.

Memory cafés. Diagnosis. Allotments. Mindfulness. Care homes. Seated yoga. Anger. Is this Dementia? Personally my knowledge of dementia in my short 16 years of life has been reduced to my own grandmothers experience and a few misleading representations of Alzheimer’s in the media.  Which I believe is similar to most people’s scarce experience too.

However, ‘The World Turned Upside Down’ wishes to portray a more truthful expression of what it really is to live with dementia, developing those ideas, which evolved from the research Linda Clare and her team have been conducting throughout lockdown, with all different types of people affected by this condition. Throughout there are as expected incredibly moving and solemn moments, much as dementia is often painted by the media.

However, there are also moments of joyful vivacity and energy, as well as a constant thread of delightful comedy. The truthful experience the whole team has managed to encapsulate is, I believe, is the source of this plays raw appeal as Keats coined it “beauty is truth, truth beauty”.

However, I said ‘play’ and actor Steve Bennett quickly corrected me that this term was in fact “misleading,” for this piece is more what is technically known as ‘forum theatre’. The influential South American practitioner Augustus Boal, who was driven by the injustices within Brazil and wider South America, to create a social justice performance, established this niche, yet powerful style of theatre. These were not to preach a hypocritical messages, but encouraged audiences to interact, ‘stop the action’ and contribute, far beyond the ‘he’s behind you’ of British pantomime, but exploring different options for dealing with a social justice problem or issue. There could not be a more suitable performance style for an issue like dementia, one we still know little about and even less about how to deal with, so who best to direct this portrayal of the condition than those with experience of the condition in the audience dealing with it every day?

Though it maybe artistically suitable, there is no doubt forum theatre is an incredible challenge for the performers. Gill Cree, Steve Bennett and Sally Geake portray people with dementia, and carers, family members and friends around them through the situations they offer the audience. In conversation with Steve about concerns he might possibly have, concerns I would certainly have If I had to improvise on audience suggestions throughout the performance, he in fact said he liked how it “keeps you on your toes” admitting that truly “acting is only reacting”. Though Gill and Steve, both actors who will be portraying people with dementia, did admit to anxiously learning as much as they possibly could about living with dementia by having conversations with people with dementia to understand more about the condition and living with it every day. This was necessary, knowing when it comes down to improvisation with an audience they have no script blocking or even director Paul’s instructions to rely on, but solely their acting ability and personal knowledge of the condition, which is even more crucial considering the theatre style centres around portrayal of truthful issues. Neither actor admitted to having any personal experience with dementia in their lives, when asked about how they were to portray their character realistically, especially in such testing environment they came up with an interesting sentiment. When acting, Instead of putting themselves in someone’s shoes they take what they know to be true within themselves and search for a similar emotion/feeling/experience e.t.c within their character to deliver an authentic performance.

I enjoyed this concept because I believe it speaks beyond the performing arts and in fact about a method we could all use in our everyday lives especially when dealing with societal issues such as dementia in a greatly more empathetic way. Not once in this blog have I yet referred to dementia or Alzheimer’s as a ‘disease’ because though it is many things I do not think  it is at all that – however I don’t believe most of the public share my thoughts. This could possibly be a core reason why dementia in some way has become (or maybe it always was) a taboo, leading to (as portrayed in the ‘play) difficulties those caring for and with dementia. Because to the world, especially most young around me, it is a disease. It’s something to cure. And if you can’t cure it then why bother? Why bother with the memory café’s, mindfulness classes and trips Weston super-mare? Because, as the world has forgotten, these people are people!

I used to imagine that my grandmother’s dementia was less of a handicap and more a superpower. Near the end yes, she heartbreakingly couldn’t remember the names her children, yet simultaneously she could crack out (to me) ancient Irish folk songs she learnt when she was much younger then myself. Word for word songs which had long been lost to the rest of my family and probably generations of others, she brought back to life with a vivacity her wonderful voice did with any melody.

So, what is dementia to you?

Come along to ‘The World Turned Upside Down’ and you may just find out!

Check out https://www.idealproject.org.uk/ to find out more about the IDEAL project.

To book tickets for ‘The World Turned Upside Down’ head to https://exeterphoenix.org.uk/events/the-world-turned-upside-down/. You’ll also be able to watch a short film which further explains the performance and the process it has taken to create the show.