The Lives Of Writers 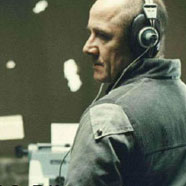 As part of our Crossing The Line film season, we are screening The Lives Of Others – a classic tale of corruption, politics and human drama set in East Germany, 1984.

The film’s writer and director, Florian Henckel von Donnersmarck, is known for his rather unusual habits when it comes to scriptwriting. Whilst preparing for film projects, he is known to isolate himself for weeks at a time in the confines of an Austrian monastery. Donnersmarck is in good company when it comes to famous writers with peculiar routines and rituals.

Mark Twain and George Orwell claimed to have done all of their best writing whilst lying down, whereas Charles Dickens and Lewis Carroll are amongst the writers who achieved greatness whilst standing up.

When facing an impending deadline for The Hunchback Of Notre Dame, Victor Hugo ordered that all of his clothes needed confiscating until the novel was finished, rendering himself unable to leave the house.

Truman Capote’s habits were of a more superstitious persuasion, including his refusal to begin or end a piece of work on a Friday.

Perhaps the strangest known habit comes from Friedrich Schiller, who was known to keep rotting apples in his desk drawer, claiming that the stench aided his writing process.  Staying with apples, Agatha Christie said her greatest moments of inspiration came whilst eating apples in the bath.

…Maybe writing in a monastery doesn’t sound so strange after all.

Do you have any peculiar writing habits? Let us know @creativehubEP