PROPS: a new radio series about the radical act of caring 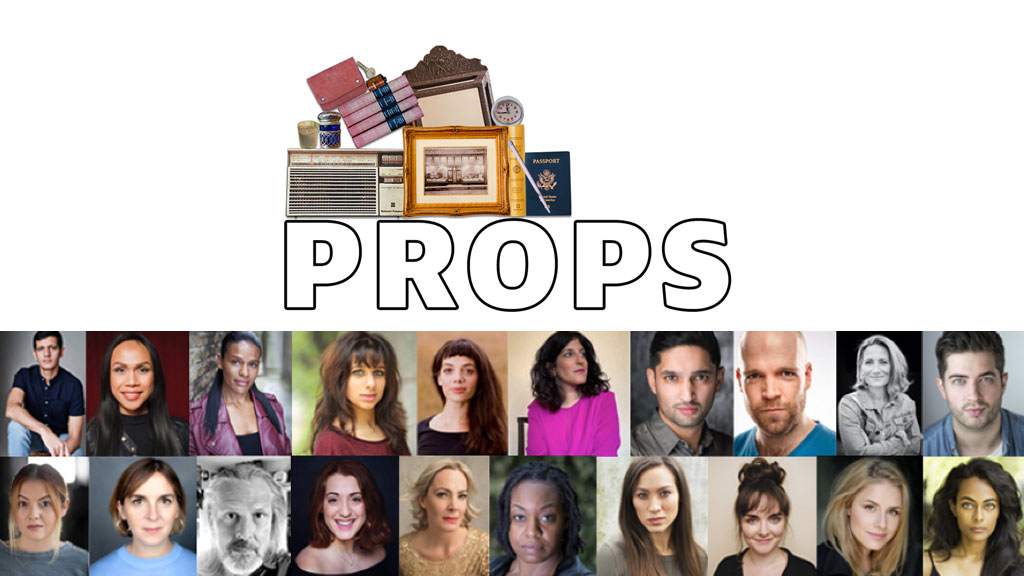 PROPS: a new radio series about the radical act of caring

This year we have all been asked to isolate ourselves for the wellbeing of others. But there are thousands of people in British society who have lived with isolation for years, if not decades, to support someone they love. PROPS is a new radio series about the radical act of caring and the loneliness and stigma that often comes with it.

South West company, Documental Theatre has interviewed sixteen participants. These include, among others, a prisoner’s spouse, a support worker in a children’s home, the parent of a recovering alcoholic, a domestic worker sending money to her family overseas, a mother of an autistic adult, a Navy wife and a resettled Syrian who spent years trying to bring his mother to safety.

'We started off thinking about the lives of unpaid carers pre-pandemic, then realised so many different groups of people submit to a life full of jeopardy and restriction in order to support someone they are invested in. We wanted to explore the intense moral dilemmas people face, and what helps them keep on keeping on. We discovered shared sources of resilience and rage that cut across boundaries of geography, politics, class and culture.'

The result will be six short documentaries featuring the voices of the participants, and six original radio plays inspired by their testimony. There will also be a digital archive curated by the participants, featuring images of the domestic objects and personal keepsakes which give them strength and mark out their hidden routines. The PROPS participants also make some pertinent suggestions of how the world would be run if they were in control.

Listen to the 6 episodes of PROPS here >>

'PROPS is an essential project that seized the moment. I knew I needed to direct it and champion its aims, as soon as I was approached', says Sarah.

The plays we’ve created are deliberately accessible, but never simple, aiming to gently present the complexities of the stories we heard, and the fluctuating roles of carers and those being cared for. Each play is distinctly different in tone, but all share a message of hope and celebration for the incredible possibilities of humanity.

The project is made possible by the Arts Council, Audio Content Fund, Golsoncott Foundation and Exeter City Council.

The writing team is made up of a diversity of award-winning talent: Mina Barber, Cathy Crabb, Stephen Myott-Meadows, Lucy Bell, Neela Dolezalova and Bisola Alabi.

Everyone on the creative team conducted at least one of the interviews, and in doing so encountered stories of almost super-human perseverance.

'Having the chance to talk to strangers about their submissions to the PROPS archive was really special, especially during a pandemic when I wasn't able to meet many new people', Neela says.

The twenty strong cast includes Lucy Speed, known as Natalie in Eastenders, and Alix Wilton Regan who will star as Mary Shelley in A Nightmare Awakes this year. Munish Kapil plays a driving instructor in Mina Barber’s 'Donut', a script which bites back at the exploitation of overseas workers.

The six plays are an eclectic mix of comedy, drama and fantasy, designed to excite and entertain the audience of National Prison Radio and numerous community stations, where they will be broadcast. Documental hopes PROPS will offer some respite to prisoners who have faced an unprecedented amount of cell time this year.

'Drama is a great way for us to talk about some difficult subjects that are really important when you’re in prison', says Andrew Wilkie, deputy chief executive of Prison Radio Association. 'We hope hearing these stories will give our listeners a chance to relate to a whole range of experiences, and to feel some hope in what can be an extremely difficult situation.'

As restrictions lift, it will be easy to overlook the emotional labour of carers, in the widest sense. The team of 33 actors and creatives who have pulled together this series hope the vivid and visceral content of PROPS will make that contribution hard to ignore.

Listen to the 6 episodes of PROPS here >>

The associated podcasts as part of PROPS can be found here >>

There is also a digital archive of the project containing photographs and the participants (who feature in the podcasts) own words.