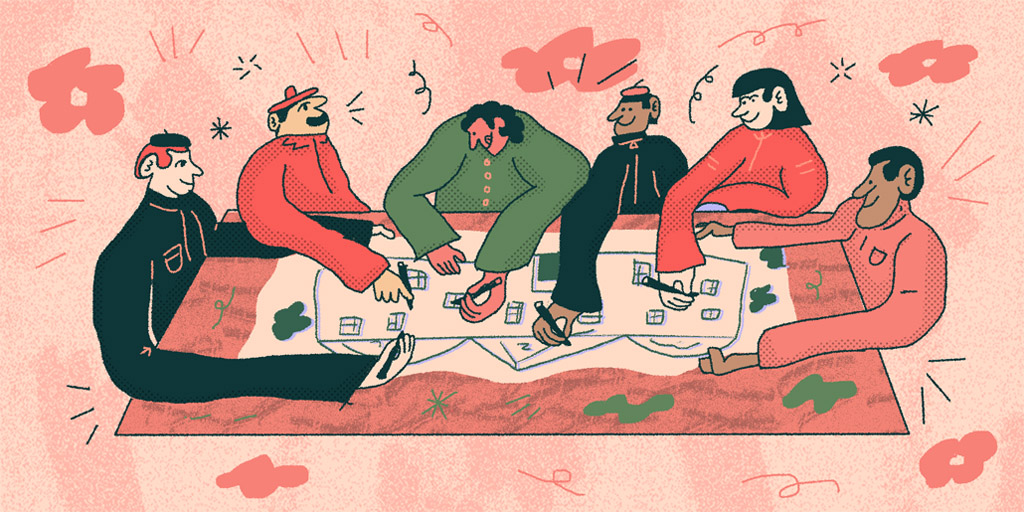 Keep reading to explore an archive of innovative creative projects we have worked on in the past.

You will find out about current projects here >> 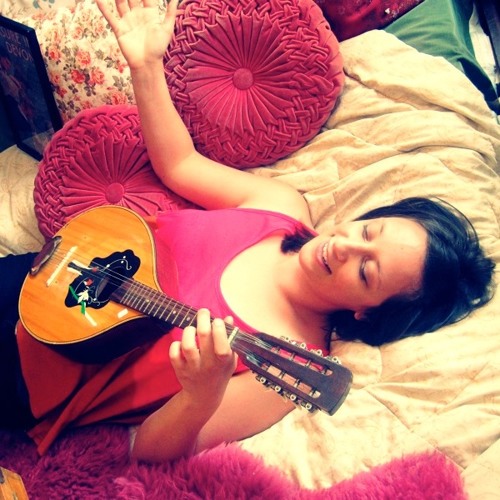 South West musician, educator and Exeter Phoenix associate artist Laura Loft launched a project exploring the notions of creating music ‘for the love of it’. The #4LoveProject saw Laura encouraging collaboration between visual artists and musicians across Devon. Using imagery and artwork from four selected artists, four emerging musicians worked with Laura to write new songs which were be gifted to the people of Exeter.

Laura Loft was an Exeter Phoenix Associate Artist in 2016.

‘There is a lot of talk around creativity and wellbeing at the moment and I have experienced a real need for this in my work with young people. This isn’t just some notion plucked out of the air, it is real, it has weight and it should be acknowledged as important. I have seen people on the brink thrive during music sessions. It is amazing how participants can develop after just feeling listened to in a safe, creative and non-judgemental space giving them freedom to create. This in turn can help expression and create connection, purpose and some flickers of confidence!’
LAURA LOFT 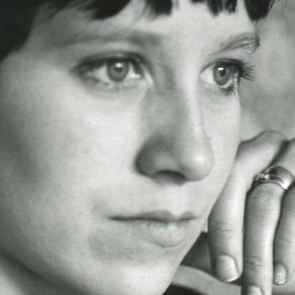 In August 2016, Laura Reeves showcased a solo exhibition in our Phoenix Gallery. Over the course of the exhibition, Laura worked worked with writer Sarah Williams to respond to the show through a text. 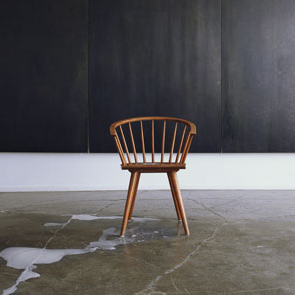 In 2016, artists and filmmakers submitted short films created in response to pregnancy, birth and/or new parenthood experience(s) for Brood Film Fest; the first annual international short film festival in the world dedicated to the subject of early parenthood.

The festival launched in our cinema before being presented and promoted online to global audiences at the new Digital Institute for Early Parenthood. 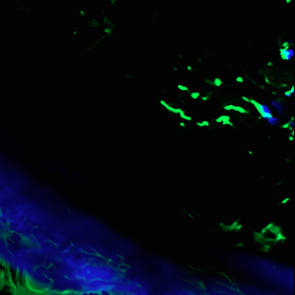 In 2015, we were proud to support Culture, Data, Projector – Fabian’s Film’s latest film project exploring themes of culture, identity, the environment and sport inspired by each of the five nations who took part in the Rugby World Cup events in Exeter, September 2015 (Tonga, Namibia, Georgia, Italy & Romania).

Read more about the project here >> 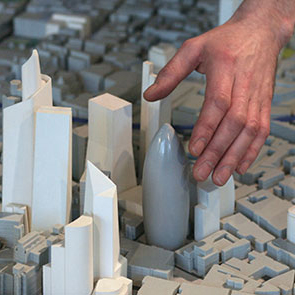 In May 2016 Exeter Phoenix took part in a significant project with artist Sean Lynch, who represented Ireland in the 2015 Venice Bianalle. The project worked closely with Spacex and RAMM and included a new commission responding to RAMM’s collections, A Spacex-led offsite element in the public realm and an exhibition of pre-existing work at Exeter Phoenix, including Adventure Capital, the film from his Venice show and Latoon, a film about a man who orchestrated the re-routing of a road building project in Ireland to avoid destroying a ‘Fairy Bush’ where traditionally the fairies would meet. Sean’s practice is based on research and drawing out narratives from places and objects. He has an ongoing interest in stone carving and quarries that often appears within his work. 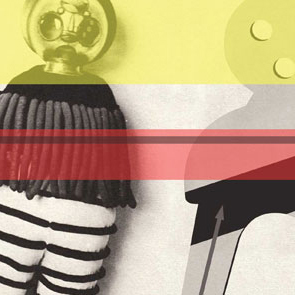 The project explored how contemporary printmaking may evolve over the next decade and includes commissioning new work, an exhibition and symposium held at Exeter Phoenix.

Double Elephant commissioned 5 contemporary artists to create new work by exploring possible redefinitions of printmaking and to explore its role as the inspiration for new work. In November 2015 this work featured in the Surface / Contact exhibition in the Phoenix Gallery and a Symposium was staged to explore the questions our project has raised. Double Elephant further supported this project by producing an exclusive limited edition portfolio of artists’ prints.

Doing it was a project led by Peter Snelling, My Pockets, and supported by Exeter Phoenix. This project enabled teenagers the opportunity to make short funny films expressing their experiences and understanding of sex and relationships. Puppets were made by the teenagers and used to star in the films. All the films have been written, shot and edited by the young people from Tiverton and Exmouth. The project won Best Comedy Award 2013, presented by Simon Pegg and Edgar Wright, at the First Light Awards Odeon, Leicester Square. It also led to My Pockets being commissioned by BBC Comedy as a pilot.

I Could Live Yours

I Could Live Yours is an inspirational documentary following a group of young lads growing up on Littleham housing estate in Exmouth. The audience is privy to a frank and honest portrayal of the young people’s experiences of ASBOs and crime, and can then see the positive transformation that takes place through their passion of music. The film was made in association with Exeter Phoenix, Millway Community Centre and Creekmore Youth Club and was nominated for Best Documentary in the 2012 First Light Awards. 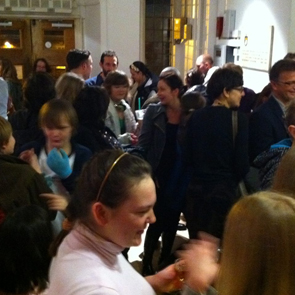 An extraordinary project that documented the hopes and fears of some remarkable teenagers. What they have to say is funny, moving, important and arresting.

Over the summer in 2014, Exeter Phoenix worked in partnership with local marketing and production company Colourburn to deliver a Summer Film School. The project was extremely successful, with several parents providing positive feedback of their child’s experience of the film production process. This project provided a summer school for young people aged 9-12 years to work together to collectively create a short film – The Sqweakening that was premiered at Exeter Phoenix and screened to a wide audience at the sell-out Exeter Phoenix event – Big Screen in the Park 2014. 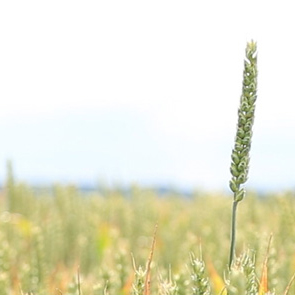 We worked with the Chelsea and Westminster Health Charity on the 2014 Artists’ Healthcare Landscape Moving Image Commission, providing an opportunity for a lens-based artists to develop their practice in relation to healthcare settings. We commissioned three  artists to produce nine  high quality moving image artworks for installation in the waiting rooms of The Chelsea and Westminster Hospital, London. Each artist was supported in the creation of calming and intriguing landscape films that promote a sense of wellbeing for the visitors of the hospital spaces. 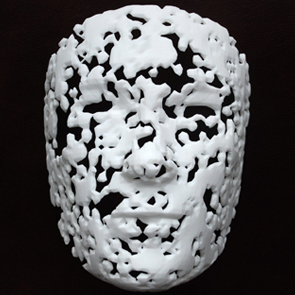 Neoreplicants resulted from a partnership between Exeter Phoenix and the University of Exeter’s Centre for Additive Layer Manufacturing (CALM). It gave 30 South West based visual artists the opportunity to explore the possibilities offered by emerging 3D printing technologies of to their art making practice.

Given training and access to CALM’s facilities, artists were able to create objects in computer modeling software, that were then printed through a process of laser sintering – whereby granules of a densely packed nylon powder material are welded together by laser, layer-by-layer.

The exhibition reflected a breadth of interest and enquiry; from those seated in formal, manufacturing process to a more conceptual engagement with the technology.  For some this offered a completely new approach to their practice, for others an extension of their existing interest in digital formats. 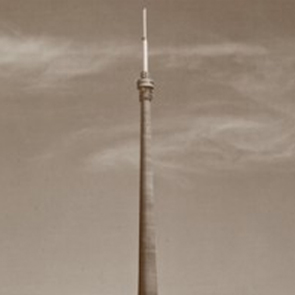 Lesser Known Architecture was a co-production between a consortium of four arts organisations in Exeter, comprising of Exeter Phoenix, Spacex, RAMM and CCANW with support from Exeter City Council and Arts Council England. It appeared as part of the Unexpected Festival 2013.

These site-specific installations allowed the public open access to the project, encouraging wider engagement with our built environment as well as an unexpected visual intervention into the city’s streets. 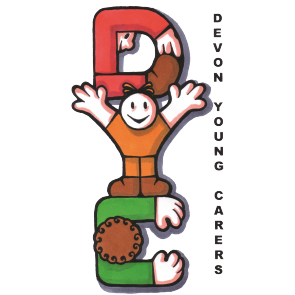 Exeter Phoenix is working with five Westbank Young Carers to help them achieve their Bronze Arts Awards. Throughout the year, the carers, aged 13 – 18, have attended workshops in a range of creative activities including photography, animation, comic-book drawing and painting with balloons to achieve this nationally recognised qualification.

Funded by the Co-operative Community Fund