Journey With Us Through A Season of Scandinavian Cinema 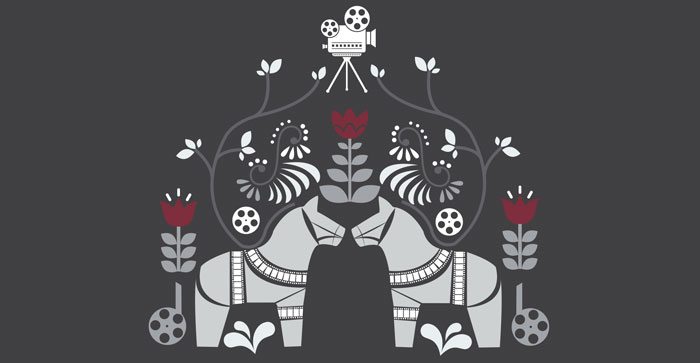 Journey With Us Through A Season of Scandinavian Cinema

A pop up horror cinema in Haldon Forest, explorations into Iceland’s buzzing music scene, and a surf film cold water special; just some of the immersive cinematic experiences on offer at our #Scandifilm season.

After a highly successful debut festival in 2014, we present another season of Scandinavian and Nordic cinema. Featuring films from Norway, Sweden, Finland and Iceland, journey with other curious souls through snow-filled wonderlands and observe the characters who embody and mirror the contours of distinct landscapes.

After last year’s festival launch event in Haldon forest sold out in less than two days, Scandifilm 2016 kicks off by returning to the forest depths for a dark and atmospheric pop-up screening of Swedish horror Let The Right One In. A welcoming feast of hotdogs and Swedish lager promises to make this a night to remember.

The last half-decade has seen TV dramas like The Killing, Borgen, Wallander and The Bridge bring the Nordic Noir genre into the limelight. This February Scandifilm presents a chance for fans to watch a must-see example of an earlier and lesser-known title, one of a handful which first inspired the genre some 5 years before these dramas began opening it up to the mainstream. Made in Iceland in 2006, Jar City was one of the pioneering films in the rise of the Nordic Noir and follows a murder enquiry through a grim and lonely landscape uncovering haunting twists and horrifying secrets.

It’s not all film though, as participants in Scandifilm’s Flatpack Furniture Workshop will discover. Partnering with Exeter Library’s creative resource for a day of interactive fun at the Fab Lab, Scandifilm’s workshop attendees can get their hands on exciting technical equipment and build their own miniature flatpack furniture. No allen key needed for assembly!

Finally, to round off the season, surf enthusiasts will be delighted to hear that Surf Cinema will be returning for another night of cold water action films, supported by Finisterre, the UKs number one cold water surf equipment company. Definitely one for the brave and curious.

Full Scandifilm season listings can be found at scandifilm.co.uk and tickets are on sale now.

Hands-on site specific theatre company Burn The Curtain will lead a journey far in to the depths of Haldon Forest at our festival launch event, Let The Right One In.