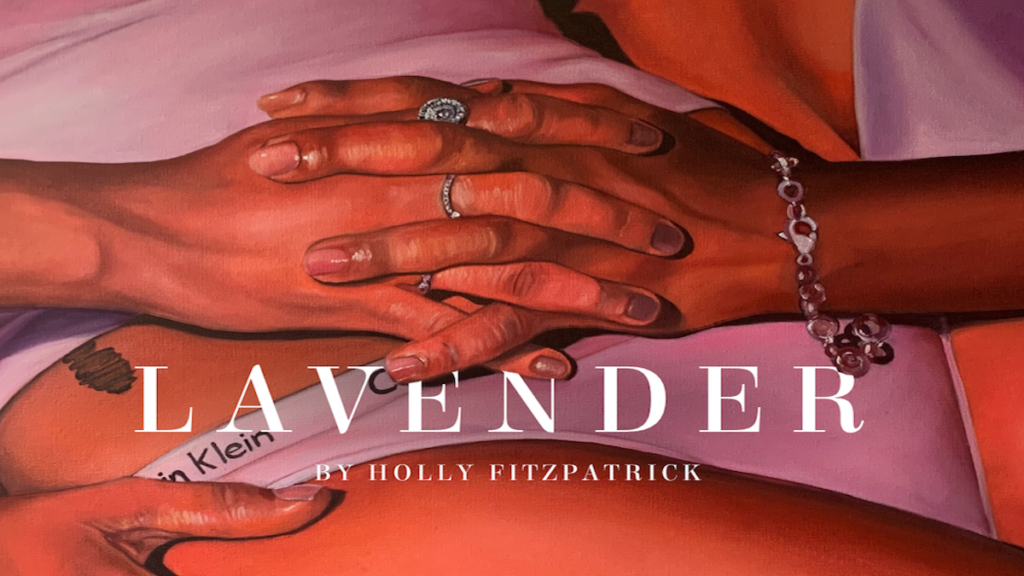 How Lavender’s Seed Was Really Planted

I’ve been taking the time to reflect on LAVENDER’s growth, reminiscing (with laughter, I assure you) over the exact moment at which its glorious queer seed was planted – on the creative and personal soil I dug before I knew just how far reaching its roots would be. Whilst it is known that its life truly began during my Creative Writing Dissertation, it has actually been bubbling under the surface, surviving, if you will, for three years now, Nancy and Lucy following me and my emergence into womanhood.

Where LAVENDER really began was in late 2019, me loudly sobbing in a car park outside of a friend’s block of flats in Bristol. This pathetic image of a 19-year-old-girl’s running mascara and snotty nose is  far apart from the glamour the project delights in now, with beautiful posters by Meg Shepherd and Thérèse Mulgrew, as well as intellectual Q&As. No, I was drunk-crying into the cold night’s abyss, alone and heartbroken over an ex-boyfriend, perched on a wall as a gang of boys – who on reflection really looked rather scary and dangerous – smoked and stared uneasily from their distant spot by some garbage disposal. That night ended with me puking up in the toilet, consoled by my wonderful friends, before eating chips and passing out.

The transformative experience was the coach ride home. At the time I believed I was furious over little trivial details of this romance gone wrong, when in reality, as I look back three years later, I was angry at a much larger force: gender roles, heteronormativity, at this invisible force that rewarded passivity, negated assertion, profited over women’s submission. I was angry at how soft I had to be, how apologetic, how I had to feel cute to feel valued. I was angry at pretty girls that scared me, that undermined this well-respected soft role that so far had been plain sailing. I was angry at just how much I wanted to tear the leather from the National Express seats, smash the windows, scream and stamp my feet like a child without a dummy.
But here I was, staring pathetically out to the cars below whizzing by on the motorway, my throat horse from all that dramatic wailing the night before, hungover. Guilty for the blood that boiled within me.

As soon as I entered my room at university accommodation, I got out my laptop and just wrote. Spilling onto the page were two women accusing one another for being a morally wrong woman. One woman was blunt, crude, a sadistic wing-plucker of flies, whilst another was perfect and organised, with plaited hair and flowing dresses. One was Nancy and one was Lucy, and both of them, at the time at least, were me: my deepest secrets, my confessions, my flaws criticised at one turn and loved the next, my truth, my bisexuality.

Lucy and Nancy became platforms in which I was free to debate what it is to be queer and political, queer and faithful, queer and loving, queer and creative, queer by the epic coasts of Devon, queer in the cramped, dingy club toilet cubicle in London. Those first drafts are nothing like the play is now, but it was the seed that started it all.

A few years, an intense and formative Creative Writing Dissertation, a workshop, an R&D and the assembling of a queer-led team of incredibly talented theatre makers later, LAVENDER is beyond me and my self-indulgent anger. It is now a movement to foreground queer theatre in the South West, one that empowers the raging, boiling blood of queer women to bleed out across the region and beyond.

Catch ‘Lavender’ at Exeter Phoenix on Wed 23 Feb, a new play rooted in memories of a South West childhood. Conceived by a Torbay-based writer, this story seeks to protect LGBTQ+ histories both personal and political. Get your tickets here >>