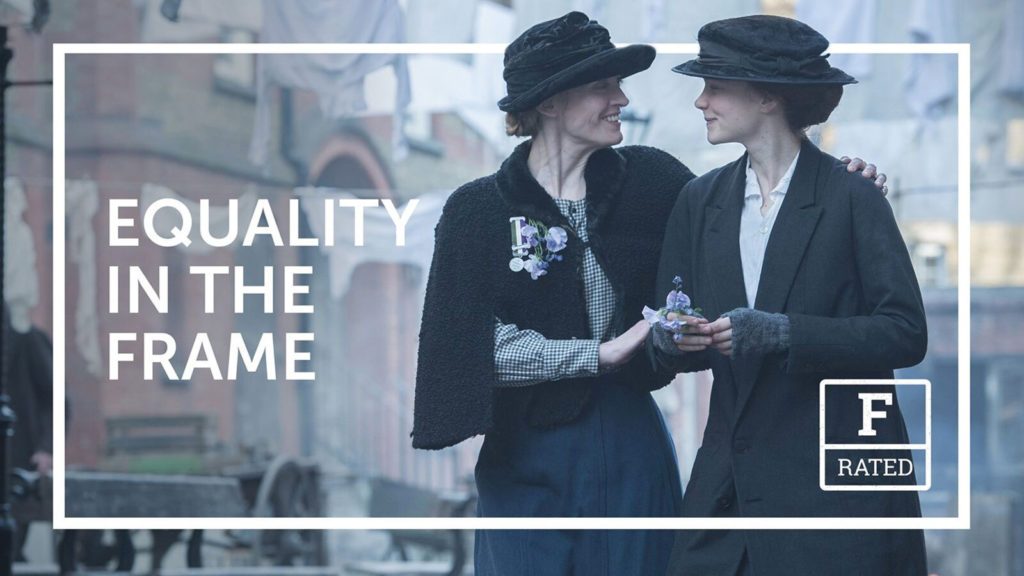 Studio 74 is proud to champion women in film, and we are delighted to be part of the F-Rating movement. Throughout our programme you will see the 'F-Rated' tag accompanying selected films in our programme.

Developed by Bath Film Festival and now expanding across the UK, the F-Rating is a new film rating which highlight films made by and featuring women. To be awarded the F-Rating stamp of approval films must answer 'yes' to one of these questions:

Any film that answers yes to all three of the questions is awarded Triple F-Rated status.

The aims of the F-Rating are:

Find out what F-Rated films are coming up here or look out for the F-Rated tag on our film pages. Join the conversation on Twitter by following @F__Rating.