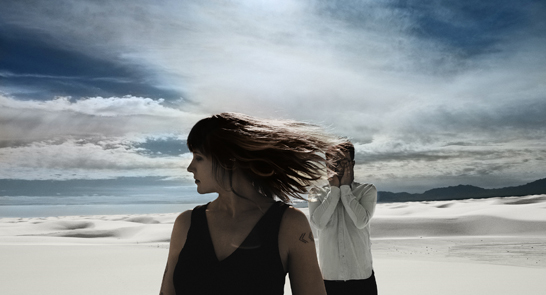 Wye Oak are coming to Exeter following the release of their triumphant fifth album The Louder I Call, The Faster It Runs.

The Louder I Call, The Faster It Runs begins with an explosion. For a few seconds, piano, drums, and a playful keyboard loop gather momentum; then, all at once, they burst, enormous bass flooding the elastic beat.

The moment declares the second coming of Wye Oak, a band that spent more than a decade preparing to write this record  their most gripping and powerful set of songs to date, built with melodies, movement, and emotions that transcend even the best of their catalogue.