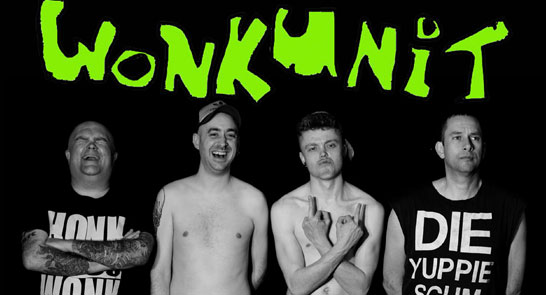 A punk rock revelation. a reminder of when punk rock was weird and unpredictable, and opinionated! Brilliant pop-punk for fans of Slaves and Snuff, with loads more going on.

Daddy Wonk used to be in a band called The Flying Medallions back in the early 1990s when the punk scene was well underground.  They crossed over into the mainstream and the music press got themselves into a right tiz over the chaos they caused. Riots and chaos at every show.

The chaos caught up in late 95 when the band suffered a fatal tour bus crash in France. Bassist Dougie didnt make it and MC Mr Stephen suffered critical injuries (He made a full recovery).