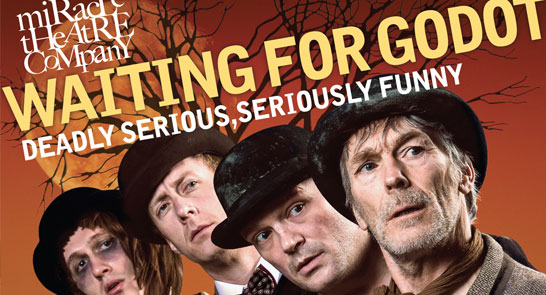 This summer Miracle Theatre demonstrates why Waiting for Godot, once famously described as a play in which nothing happens, twice, is one of the most profound, moving and funny plays ever written. Both deadly serious and seriously funny, Becketts timeless masterpiece explores what makes us tick with clarity, dramatic force and genuine humour.

Waiting for Godot is an absurdist play by Samuel Beckett that centers on a pair of vagrant men, Vladimir and Estragon, and their efforts to divert themselves while waiting, on a vague pretense, for the arrival of a man named Godot: whom they only know by reputation. To occupy the time they philosophize, sleep, argue, sing, exercise, swap hats, and consider suicide  anything “to hold the terrible silence at bay”.

‘A noble and faultless staging of a timeless piece’
THE STAGE