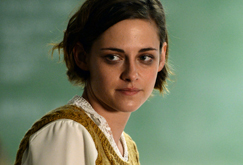 India is given back its freedom in a rousing historical drama coinciding with the 70th anniversary of the countrys independence.

In 1947, as the British prepared to leave India, a decision was taken which would change the face of India and which reverberates to this day; the creation of a new Muslim homeland: Pakistan.

This story unfolds in Viceroy House, where the last British ruler of India, Lord Mountbatten lived with his family, 500 Hindu, Muslim and Sikh servants. In the last months of British rule, the political elite – Nehru, Jinnah and Gandhi – converged on the house to wrangle over the birth of independent India.

Did you know that Exeter Phoenix is a charity? We couldn’t do what we do without the generosity of our community. Keep creativity thriving in your city and make a donation today >>