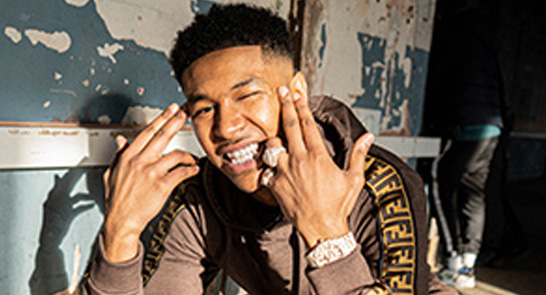 A night of rap and dub.

A uk rapper with over 5.1 million views on his smash hit Air Foce One (Remix) he has been shaking up the scene for a while. He recently has dropped his debut album ‘Eight Mile‘ with some big name feature such as Aitch, Headie One and K Trap. This seems to be his year and it will be exciting to see him at this event with his new content representing play dirty. Audiomission – A Dnb producer/dj part of Gyro Records known for there upbeat and exotic drum and bass and neurofunk he is sure to get the crowd pumping! From Exeter himself this will be right up his street and add some flavour to the later hours of the event.

A Bristol based Dnb Producer/Dj who is also known for his fast tempo energetic riddims such as Pull Up he will be smashing out the later hours of the night.

A tekno and jungle Producer and Dj that is a big member of Amen4Tekno who has smashed sets at boomtown is bound to smash it here. With a large collection of music his set will not be one to miss.

Exmouth based multi genre record label trying to make a stir in the scene. They will be bringing many genres to the night and keep it going till the closing doors.