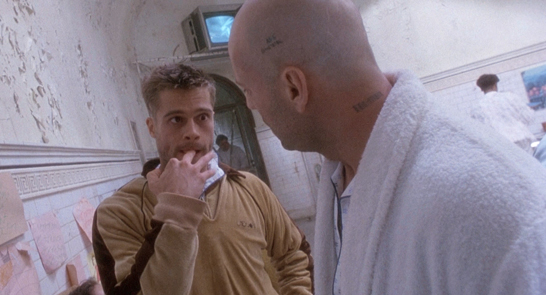 *Please note that there is a £1.50 fee per transaction.

With new immersive cinema experiences, special post screening events, plus discussions and Q&As, you can now get more out of your Monday night trip to the cinema. Look out for our special events symbols.

Bruce Willis and Brad Pitt star in Gilliams intense dystopian science fiction nightmare, that presents a world where a lethal, unknown and uncontainable virus has already wiped out 5 billion people. James Cole (Willis), prisoner of the state in 2035 is sent back in time to nip the plague in the bud, but mistakenly arrives in 1990 where after his frantic warnings of the future appear to be markers of insanity he is imprisoned in a psychiatric facility. He must unravel a complex mystery to escape his position and save mankind from its destructive fate.

With reference to Chris Markers 28 minute La Jetee, the experimental short that inspired Twelve Monkeys, the post screening discussion will illuminate the stylistic approaches employed by Gilliam and debate the themes of time travel, crime, morality, disease and the impact of the film on the science fiction genre.

An intricate and engaging post-apocalyptic fable
THE GUARDIAN