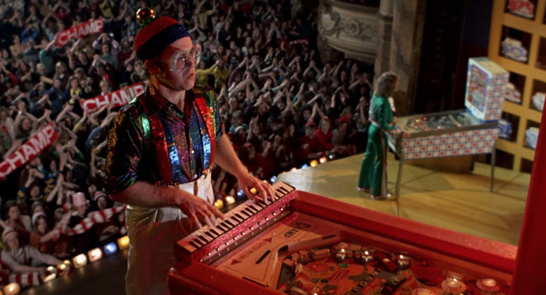 Part of the BFIs nation-wide season celebrating the film musical.

A boy witnesses a violent act that leaves him in shock, and he appears to lose the ability to hear, see or speak. An encounter with a pinball machine seems to re-awaken his senses and he soon becomes a pinball wizard  but will these skills be enough for him to make it in the real world?

Ken Russells 1970s rock musical is a creative tour-de-force that boasts the most incredible cast, including The Who, Elton John, Tina Turner, Eric Clapton and even Jack Nicholson.

This film will be preceded by the following short film Counsellors (The Fast and the Furious 48 Hour Party People, 2019, musical, 3 mins).

Written, shot and created in just 2 days, this was the winning film for this years Two Short Nights 48 Hour Film Challenge. Four counsellors try and help a man in love