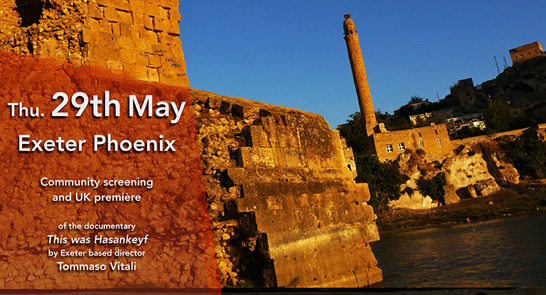 The Centre for Kurdish Studies presents

The threat of a Dam. The allure of Progress. The poetics of Citizenship.
A visual journey of enchantment, death and rurality along the Tigris River, through the soul of an ancient town, entangled between its legacy and doom.

This was Hasankeyf is a documentary film about the past and the future of a village in southeastern Anatolia, Turkey. The ancient town of Hasankeyf is doomed to be flooded soon as a consequence of the construction of the Ilisu dam. The film is an account of the experiences and emotions of the inhabitants of Hasankeyf who are facing a dramatic challenge in their lives. The researchers and director, through a long ethnographic fieldwork, were able to record and convey in a visual document the affects and effects provoked by this transitional moment on the inhabitants of Hasankeyf.