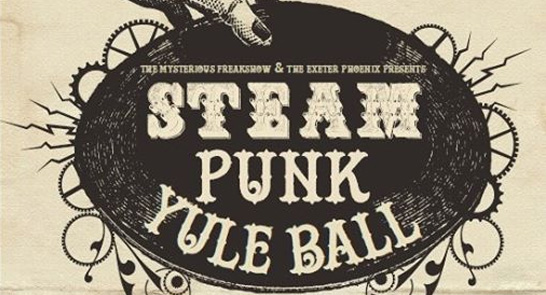 Professor Elemental is a steampunk and chap hop musical artist. Hugely funny and intelligent  he will put the sparkle into the festivities.

What do you get if you cross two bass players with drums and a groove machine, two Germans dudes and an Englishman? BB Blackdog of course!

Monty is THE international purveyor of Victorian Funk, Rap and assorted lyrical conundrums, American based and Steampunk Chronicles’ “Person to Watch/2013” , he mixes Victorian subject matter with danceable funk backbeat.

Birthrite are from the Black Country, and do hard edged Steampunk. This is a fully electric band and this is a hard edged sound in the 21st Century with the exuberance and imagination of the 19th.

Describing their sound as Slaughterhouse Steampunk Blues, The Wattingers lean towards the grimy underbelly of Western Steampunk. Their black sense of humour takes influences from Tobe Hoopers Texas Chainsaw Massacre, Sante Sangre, El Topo, original Night of the Hunter, Cannibal The Musical, and The Child Ballads.

The Cleaning Cartel, mobile sanitation operatives on a mission. Where are they from? Where are they going? What will they clean next? Interactive performance art with a difference!

And still more acts to be confirmed