The Spirit Of Friluftsliv 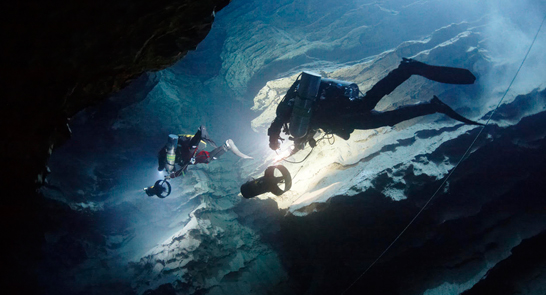 The Spirit Of Friluftsliv

The Spirit of Friluftsliv

Friluftsliv: roughly translated as open air life. An ancient Nordic philosophy of outdoor life engrained in the people of Norway and Sweden.

This selection of short films captures the essence of friluftsliv amongst the snowy mountain of Svalbard, the cold waters of Iceland and bitter north atlantic winds. Follow freeriders, longboarders, freedivers and surfers in an outstanding collection of films.

Degrees North mixes hair-raising action footage of leading freeriders with a story of adventure and discovery. World-renowned freeriders Xavier De Le Rue, Samuel Anthamatten and Ralph Backstrom progress the sport of freeriding through the use new technology to scope remote areas in order to show ski and snowboard action in a way never seen before. Through personal and organic action footage we see the adventurous spirit of the riders pushing their search for friluftsliv further. Degrees North is an intimate expose of what adventure means to leading action sports athletes. We see a dangerous and untried technique coupled with the worst snow season for generations. Degrees North is an adventure story filled with high and lows. Literally!

JOHANNA UNDER THE ICE

Finnish freediver Johanna Nordblad holds the world record for a 50-meter dive under ice. She discovered her love for the sport through cold-water treatment while recovering from a downhill biking accident that almost took her leg. Shot with purity and absolute beauty British director and photographer Ian Derry captures her taking a plunge under the Arctic ice.

No palm trees, no sun tan, no bikinis, no trunks. It was the best surf trip weve ever taken.

Set in the epic mountains of Norway Ishtar X Tussilago follows downhill longboard rider Ishtar Backlund as she speeds her way in search of a glimpse into the profound feeling of believing in yourself and living ones greatest dreams.

The reality of growing up a surfer in Iceland is different from anywhere else in the world. Its a harsh place. There are no surf shops, guidebooks or webcams. Icelandic surfers are seriously on their own both in and out of the water. But being so far removed from the hustle and bustle of the known surf world hardens Icelands surfers to confront the issue they all must face: the North Atlantic wind. Follow Heiðar Logi on his journey through Iceland searching for that rare, yet significant, compromise that brings both Icelandic surfers and that bastard wind to the table.