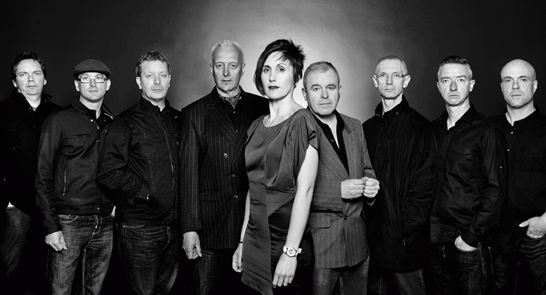 The Beautiful South, the legacy continues…

When great British pop institution, The Beautiful South split in 2007, several members of the band weren’t ready to let it go. So 2 years later, singers Dave Hemingway and Alison Wheeler, alongside life long members Damon Butcher (keys), Gaz Birtles (sax) and Tony Robinson (trumpet), came out of retirement and formed the 9 piece band, The South. With the realisation that if the fans didn’t want it, they wouldn’t do it, The South embarked on their journey. But boy, did the fans want it! And still do. Those classic songs live on. Songs such as A Little Time – the bands number one single – sung by Dave Hemingway, just one of the many highlights in a 20 year career. Perfect 10, Rotterdam, Old Red Eyes, Good as Gold, Don’t Marry Her. All performed again live, as they have been doing since 1989!

A few years further down the line The South now have their debut album under their belt. A self financed labour of love, Sweet Refrains unveils their own brand of irresistible pop melodies laced with twists of caustic wit and opens another new chapter started by The Beautiful South. – See more at thesouth.co.uk >>