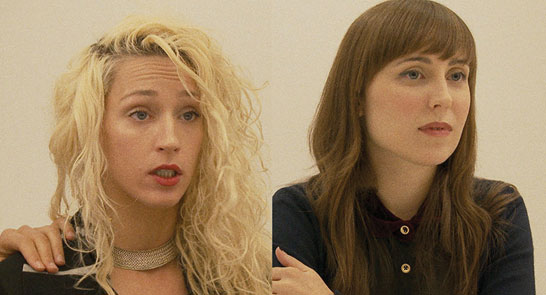 A collection of shorts by some of America’s most exciting independent filmmakers and artists.

The Sixth Year is an art world drama series in five episodes, which re-interprets the format of the TV series. Set in the New York art world, it stages the backstage and theatricalizes the social interactions and power games, the aspirations, passions, and everyday realities of the field.

The screenplay is based on interviews with artists, curators, gallerists, collectors, and art advisors, whose opinions, anecdotes, and gossip it abstracts and extrapolates into a fictional narrative.

‘A razor-sharp look at the social machinations and careerist maneuverings that unfold in New York galleries, studios and art bars.‘
ART IN AMERICA

Exeter Phoenix is part of the The Institute of Contemporary Arts’ network of regional venues, aiming to deliver inspiring artists’ moving image work to a wider audience.