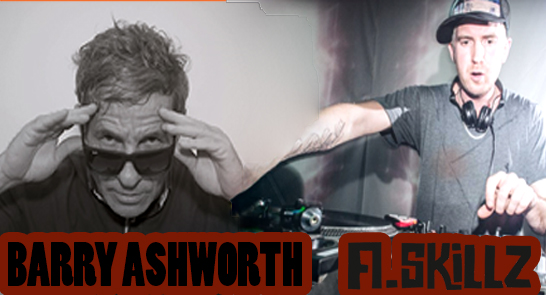 Due to unforeseen circumstances we are sorry to say that this show has been cancelled. If you have bought a ticket a refund is available from the point of sale. We apologise for any inconvenience caused. If you have any queries please contact our box office on 01392 667080.

We are pleased to welcome Bristols Ghetto Funk for their first visit to Exeter as a warm up for their Shindig Weekender near Bath at the end of May. Co-founder of Ghetto Funk, Will Lardner, will be playing under his Dancefloor Outlaws alias and is joined by two DJs that need no introduction to Beatz & Bobz. The party rocking, crowd surfing DJs Dub Pistols main man Barry Ashworth and scratch master A. Skillz who just happen to be two of the venue hosts for Ghetto Funks Shindig Festival, held near Bath on the last weekend in May. They are joined by Exeters OMC represented by Ben & Lex with Jae Tuns hosting the party.

If were fanboys of anyone over here, it is most definitely of Mr A Skillz, aka Adam Mills. That hardly puts us in the minority, as he was voted 2012 Best DJ at Breakspoll (the breakbeat Oscars) and along with Krafty Kuts has carried the flame for over a decade now. Can always be relied upon to put out two or three top tunes a year; his California Soul remix and Cold As Ice bootleg with Nick Thayer have entered the pantheon of legendary cuts. Big shout out to Bomb Strikes who released some of his earlier stuff. The chief down there, Mooqee, has had funky breaks back for too long, and knows his stuff more than any man. Believe!

Dub Pistols front man Barry Ashworth is known for his full-throttle peak-time DJ sets across Australia, Singapore, Serbia, Dubai, Thailand, Germany, Croatia, Italy and France, to name but a few. Whilst 2016 is yet another busy year for Barry; licensing deals with Playstation Singstar & Hollywood Movies Parenthood & Piranha 3D, remixes in the making for Atomic Hooligan, DJ Love & Myagi, There is just no letting up for this much-loved party starter.

In 1992, a crack DJ unit was sent to prison by the PRS for samples they “didn’t steal” These men promptly escaped from a minimum security day release prison to the Dance music underground. Today, still wanted by the PRS, they survive as DJs of fortune. If you have an empty dancefloor, if no one else can help, and if you can find them, maybe you can hire… The Outlaws.