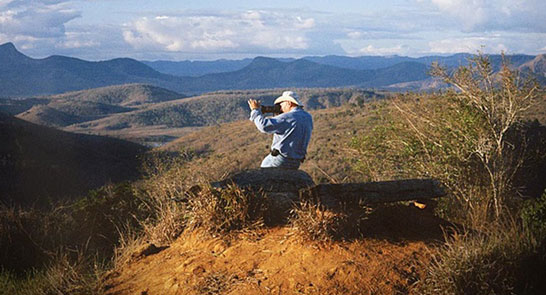 This documentary is a look back at the life work of Brazilian photographer Sebastião Salgado who travelled the world capturing some of the most catastrophic and enduring events on Earth. As one of the most recognizable names in photojournalism be transported on a stunning visual journey and see the world through the eyes of one of the greatest image-makers of the last century as he shares the stories behind his pictures and looks at his current project focusing on the planet’s beauty.

Co-directed by Wim Wenders (Pina) and Salgado’s son Juliano, Salt of the Earth is one of the highest-grossing foreign language documentaries of all time with leaving surprises that it picked up a French César award and Un Certain Regard Special Prize at Cannes 2014.

The film will be preceded by a screening of Beltcraft Studios, a short video artwork by Ruaidhri Ryan, winner of the Exeter Contemporary Open 2015: Artists Moving Image Award.