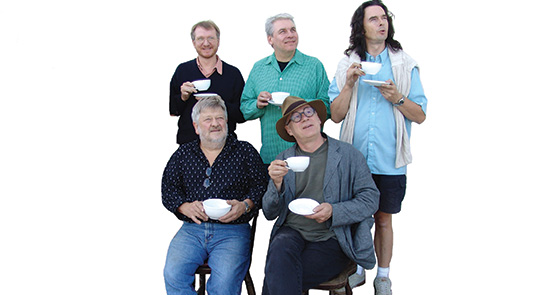 THE ARTISTES FORMALLY KNOWN AS

WILL BE APPEARING AS THEMSELVES!

Neil Innes’ Beatles pastiche band is a spoof crafted with rare affection  and still has some great tunes ???? THE GUARDIAN

Originally a fictional band first created by Eric Idle (Monty Python) and Neil Innes (The Bonzo Dog Doo Dah Band), for 1970s television programming, The Rutles leapt to fame and international sensation for their slick pastiches and parodies of The Beatles.

The group have since become the real deal, touring and recording, and releasing many songs and albums, including two U.K. chart hits.

Its not a career move, explains Innes, but over the years we have become a Brand  and that makes some people very proprietorial.

Pro what? demands the man who was Barry Wom.

As themselves or The Rutles they will bring you a night of music and laughter.