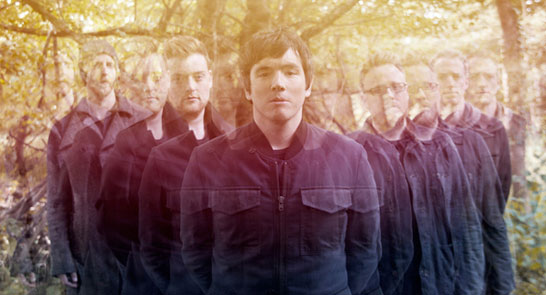 ‘Sometimes you hear music and something about it instantly gets you. You get that tug. Its a combination of the melody, the lyrics and that unidentifiable something else that just makes you go Wow. Then as a musician youre thinking Wow. I want to do that. So thats what weve been trying to do.’

So say The Ramona Flowers about their bold musical manifesto and now, just two years after they embarked on their mission, theyve arrived at a sound which is every bit as good as they wanted. Their music mixes electronica, rock, indie, singer Steve Birds incredible falsetto and a lot of emotion. It can sometimes seem as if bands are trying to stand out from the crowd by being the loudest, but The Ramona Flowers show that sometimes a gentler sound can shout loudest of all.

The Ramona Flowers fall under the genre of Alternative music, but there are definite hints of electronic and even pop sounds in the EP. They could be compared to the likes of The xx, or in parts even to Bastille who they were recently on tour with.

The Ramona Flowers were also recently featured as one of The Guardian’s New Bands Of The Day, to read the full article, click here >>

19 year old Aidan from Dorset began writing songs at the age of 10, and has worked with John Parish to produce his first EP. Now signed to Blanket Records he is gaining regular airtime on BBC Radio 2 and 6 Music and is playing across festivals all summer.

Lena is back this year with a new formation and tracks with a sound blending Sixties rock, rockab, soul and pop; guided by her pure ethereal voice and organic, transcendental harmonies.

A singer / songwriter from Devon whose music is characterised by indie, folk-pop and poetic lyrics, and has been likened to Lisa Mitchell, Tracy Chapman, and Feist.