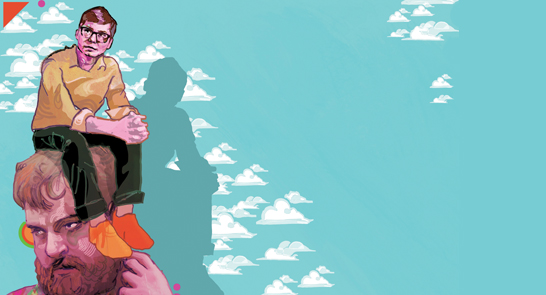 Unfortunately, due to illness, tonight’s show will not be going ahead. Apologies to anyone planning on coming. If you have already purchased a ticket, please call box office on 01392 667080 and we’ll be happy to give you a refund.

Two innovative musical pals, both established solo folk artists in their own right, come together from their respective corners of Britain for a night of sparkling acoustic tunes.

The Pictish Trail is the nom de plume of Johnny Lynch, a Scottish musician who spent some time running Fence Records alongside Kenny Anderson (King Creosote). His music is a sonorous mixture of acoustic-driven balladry and lo-fi synthesised pop, that has been described as ‘a post-summer trove of sun-warped electro, anamorphic folk’ (Plan B Magazine).

Sweet Baboo is Stephen Black, a native of the north Wales countryside and a single-minded, idiosyncratic singer. Black possesses an ear for a sparkling melody, a restless soul, and a gift for a deft lyrical turn  from darkly funny to piercingly tender, twinklingly boastful to deliciously self-deprecating. Most recently, Stephen played at Exeter Phoenix alongside Cate Le Bon in June 2014.

In 2012, Sweet Baboo and The Pictish Trails recorded their first collaborative piece – Secret Soundz Vol. 2, on the Isle of Eigg.