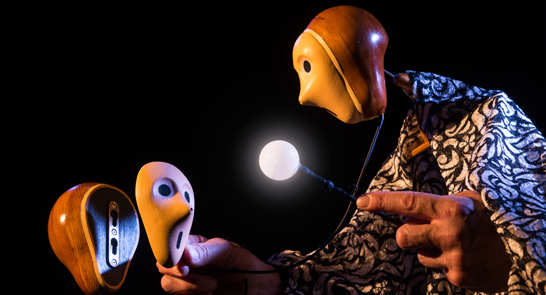 The Parachute is a funny and mesmerising tale about youth, love and confronting old age. With little more than an armful of white tipped wands, master-puppeteer Stephen Mottram conjures characters from nowhere. He plays with the way our brains make sense of things we see and stealthily reels us into a world of movement and illusion, populated by ephemeral, joyous figures.

Stephen Mottram has performed in more than 40 countries. A movement artist using puppets ranging from fully strung marionettes and automata, to a handful of ping pong balls, his shows are wordless, with specially composed electroacoustic music.

His previous shows include The Seed Carriers, The Seas of Organillo and In Suspension.