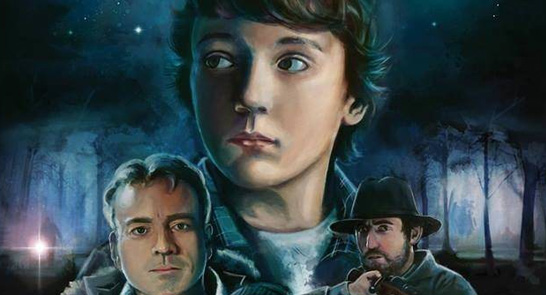 Nightman of Nevermoor is a comedy/drama; micro budget film made in Devon in 2013

The film takes place in the fictional Devon village of Nevermoor. Eleven year old Nick Neary has come to live with his estranged father after two years apart. But the village is in a dilemma; two film students have gone missing, locals claim an unknown figure has been lurking around the village at night, and an ominous self-proclaimed hunter has shown up to stalk it. As Nick and his father struggle to re-connect, they’re thrown into the unraveling mystery taking place within the village. Could the Nightman indeed be an otherworldly creature? Can anyone trust the hunter? Is it all an elaborate hoax? And, perhaps more importantly, will anyone show up for the village fete?