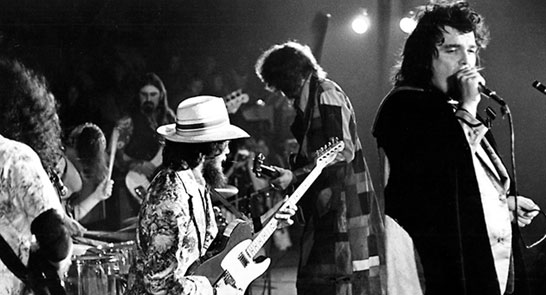 John French considers this line-up to be one of the most accomplished versions of The Magic Band ever.

The line-up who will be playing the final tour are:

For those craving more information, John French was nicknamed Drumbo by Don Van Vliet, aka Captain Beefheart. British Underground commentator and DJ John Peel described Beefheart as ‘the most important figure to emerge from the Rock era of the 1960s and 1970s.‘ Rolling Stone magazine included John French in their 100 Best Drummers Ever (at #48) and declared: ‘(his) toms-heavy, polyrhythmic style would become as integral to the group as Don Van Vliet’s modernist-blues croak.’

This will be the very last chance to see John French and The Magic Band in the UK and profits from this event will go to Phonic FM, Exeters sound alternative community radio station.