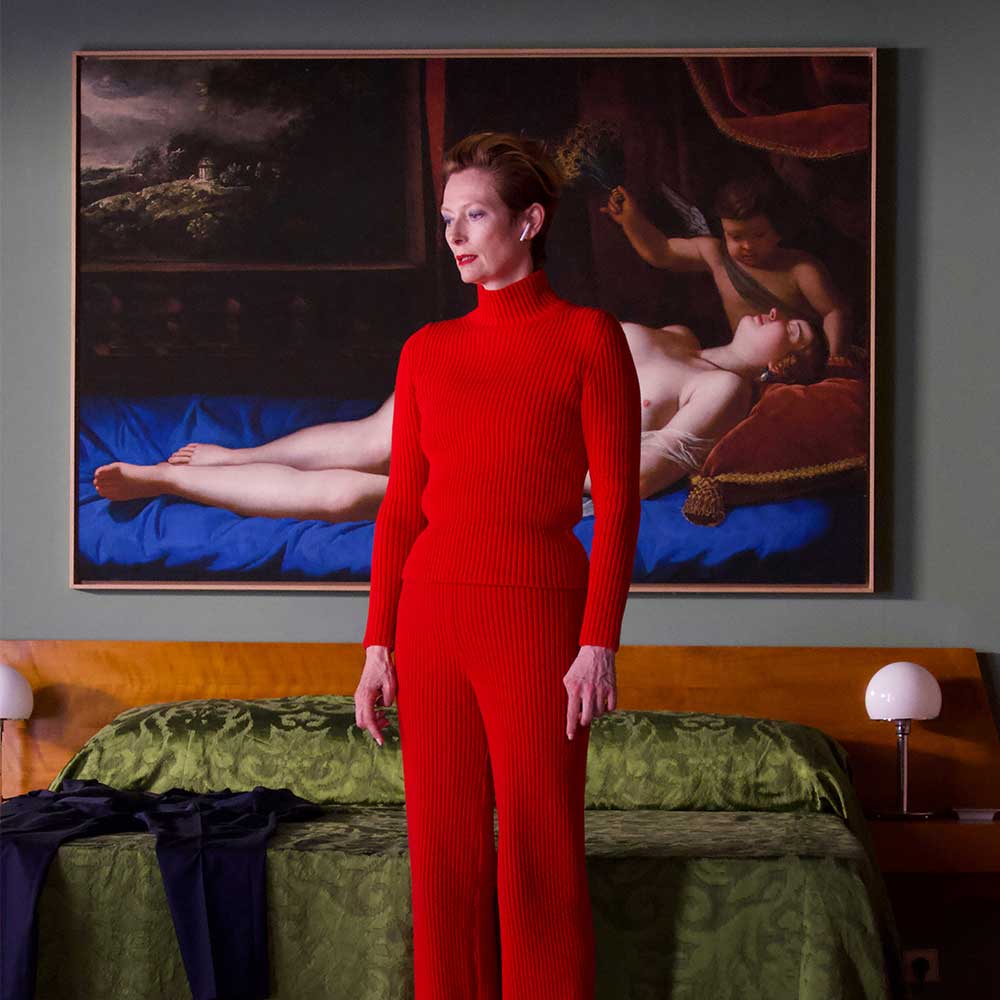 Madness and melancholy intersect to thrilling effect as Almodóvar reimagines Jean Cocteau’s short play The Human Voice for an era in which isolation has become a way of life. Laws of desire become the rules of the game as Tilda Swinton’s unnamed woman paces and panics in a glorious Technicolor apartment where décor offers a window into her state of mind. A short, sharp shot of distilled Almodóvar: passion, emotion, heartbreak, wit, and melodrama exquisitely bound up in a tale for our times.

The critically-acclaimed 30 minute film will be followed by a 45 minute entertaining and insightful recorded Q&A. Hosted by Mark Kermode, Pedro and Tilda discuss the inspirations they drew on for the film, how THE HUMAN VOICE fits within the ‘Almodovar oeuvre’, and what Pedro will be making next – including a great surprise for Tilda. Recorded under lockdown conditions, the discussion features visual references and clips to create a dynamic and interesting companion piece to the short film.

Writer/Director Pedro Almodóvar is one of Spain’s most celebrated filmmakers with numerous accolades to his name including an Academy Award®, four BAFTAs, numerous Goyas and over 100 further wins and nominations. His credits include WOMEN ON THE VERGE OF A NERVOUS BREAKDOWN, ALL ABOUT MY MOTHER, VOLVER and most recently PAIN AND GLORY.