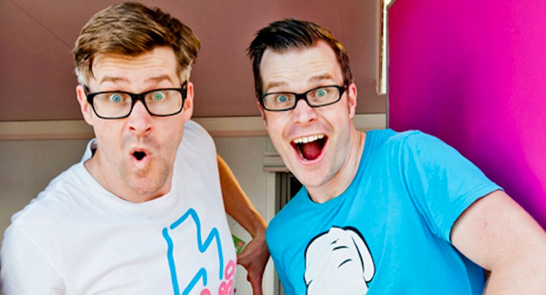 With characteristic humour and energy, The Etherington Brothers will talk about and show how they create and develop comic stories for The Phoenix. They will explain the processes behind creating original characters, worlds and stories for comics in a presentation which is dynamic, engaging and full of fun. Be prepared to be entertained!

The Etherington Brothers, Robin and Lorenzo, create comic stories together, Robin doing the writing and Lorenzo, the illustrations. They have written comic books for children, including Malcolm Magic, Monkey Nuts, and a graphic novel, Baggage.They also write for comics, including The Phoenix, a British weekly story comic for 6-12 year olds.

Robin and Lorenzo also run workshops for children on how to write and illustrate comic stories. Their aim is ‘to encourage creative free-thinking in young children through the medium of comic art and storytelling, with a heathy dose of humour thrown in. Their Blogspot has more than 150 fantastic tutorials on comic writing.