The Brother From Another Planet (15) 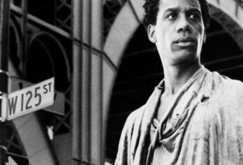 The Brother From Another Planet (15)

The Brother From Another Planet

In this whimsical, nuanced sci-fi fantasy, director John Sayles takes a fresh look out our society through the eyes of an escaped slave from outer space who crash lands in Harlem and is taken in by the regulars of a local bar. Mute, but with incredible intuitive ability (and some useful low-budget extra terrestrial skills), the Alien gradually begins to assimilate to this strange new world, while changing everyone he meets on his journey through 1980s America.

Shot on a shoe-string budget over four weeks Sayles third film is a landmark, stretching the generic boundaries of American Independent filmmaking

The film will be followed by a Q&A session with the film’s director, John Sayles.