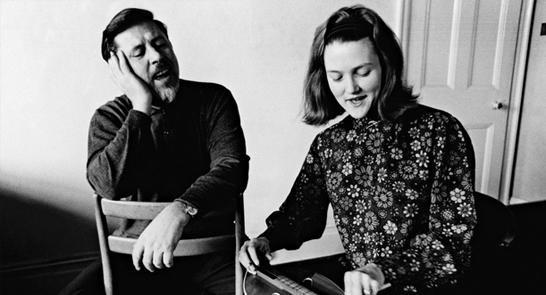 Ewan MacColl would have turned 100 this year.

A singer, songwriter, radio artist, actor, playwright  Ewan MacColl was undoubtedly a man of many talents. He famously penned some of the best known songs of the 20th century, including The First Time Ever I Saw Your Face and Dirty Old Town, as well as working with some of the century’s biggest cultural figures, from Billie Holiday to Marilyn Monroe.

After establishing the Ballads and Blues club in Soho, MacColl has been credited as giving birth to ‘a folk revival that remains in vigorous health today‘ (THE GUARDIAN). Hailed as ‘the godfather of folk’, he was inducted into the Hall of Fame at the Wales Millennium Centre in Cardiff as part of this year’s BBC Radio 2 Folk Awards.

This evening of entertainment, celebration and insight will be led by Sam Richards  an improviser and composer who knew MacColl well, and often stayed with him and his wife Peggy Seeger, conversing, learning songs, and absorbing MacColl’s ideas. Sam Richards will be joined onstage by folk musician Steve Verge on concertina. Together, the two men will sing songs performed or written by MacColl and discuss MacColls unique approaches to songwriting.