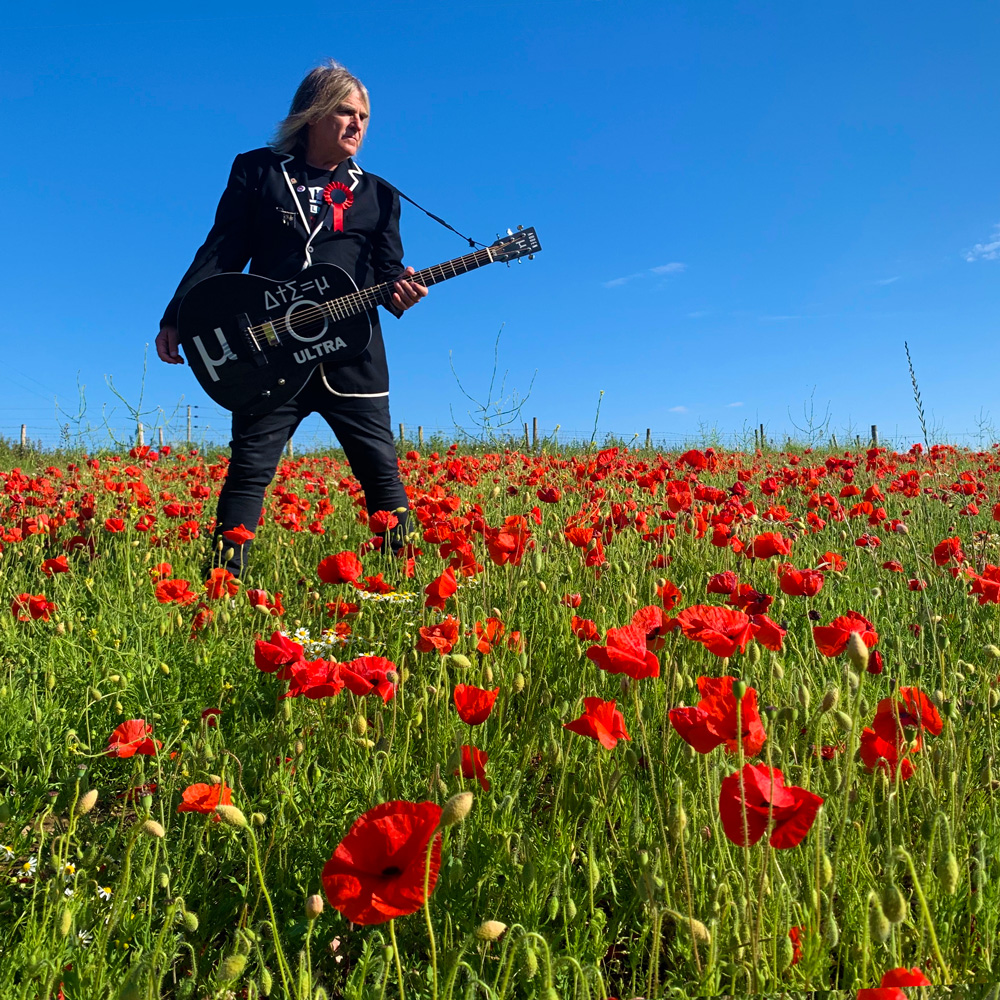 The Alarm was made in Wales, UK and by the time of 1981’s debut single Unsafe Building, featured a daring mix of amped-up acoustic guitars, harmonica and passionate vocals that invited the enduring description “Bob Dylan meets The Clash”. This is the sound of The Alarm that has been heard around the world ever since, with 17 Top 50 UK singles, a host of successful albums and over 6 million album sales worldwide.

Following an initial breakthrough in the USA with 1983’s The Stand (that recently triggered over 3 million Spotify hits after featuring in the Netflix’ TV series 13 Reasons Why), alongside the evergreen Sixty Eight Guns that entered into the UK chart soon after, The Alarm headlined their own ‘Spirit of ’86 Concert’ before 26,000 fans in Los Angeles, that was beamed around the world via MTV’s first ever live global satellite broadcast.

In the summer of 1991, the demands of the road were at the heart of a very public swan song for the original members at London’s Brixton Academy, before the current line up re-emerged causing worldwide controversy in 2004 through The Poppy Fields ‘fake band’ escapade.

Released to conceal their true identity, the Alarm’s first single of the millennium – 45 RPM would ultimately take their signature electro-acoustic sound back into the UK top 40 and even further into the mainstream rock culture of North America via a Headline News TV appearance with Dan Rather.

The Alarm’s return was halted almost immediately when, in late 2005, Mike Peters was diagnosed with an incurable cancer (A rare B-cell form of Leukaemia), forcing the band into playing select shows, dictated by the chemotherapy / treatment regime that has kept Mike Peters alive ever since.

In January 2006, Mike Peters was given the go ahead to resume normal duties and the group continued with the release of Under Attack and another Top 30 single – Superchannel. A year later, Mike Peters founded the Love Hope Strength charity – which is dedicated to ‘Saving Lives One Concert At A Time’ and can now lay claim to having registered over 250,000 individuals to the International Bone Marrow Donor Registry through its ‘Get On The List’ program in the UK / USA.

Despite travelling from relapse to remission and back (as documented by 2017’s award winning US Movie – Man In the Camo Jacket), The Alarm family suffered another cruel blow, when Jules Peters (Keyboards), was diagnosed with Breast Cancer during filming of a BBC documentary about the band. Broadcast nationally, the raw footage touched many people’s lives and featured a moving tribute from Bono of U2.

The Alarm continued with the release of both Equals (2018), and Sigma (2019), which entered the UK Rock charts at Number One. Their hit song Rain In the Summertime was covered by The Killers and Smashing Pumpkins’ Billy Corgan, and Mike Peters services to cancer care were acknowledged with an MBE award at Buckingham Palace.

During lockdown in 2020, The Alarm broadcast their own weekly music and chat show The Big Night In, attracting over 500,000 viewers across the internet. In 2021, the band wrote, recorded and released ‘WAR’, their most critically acclaimed album to date. which was conceived in just 50 lockdown days, capturing the attention of global news broadcaster CNN.

This UK tour will see  The Alarm celebrate their 40th Anniversary with the worldwide release of History Repeating 1981 – 2021.