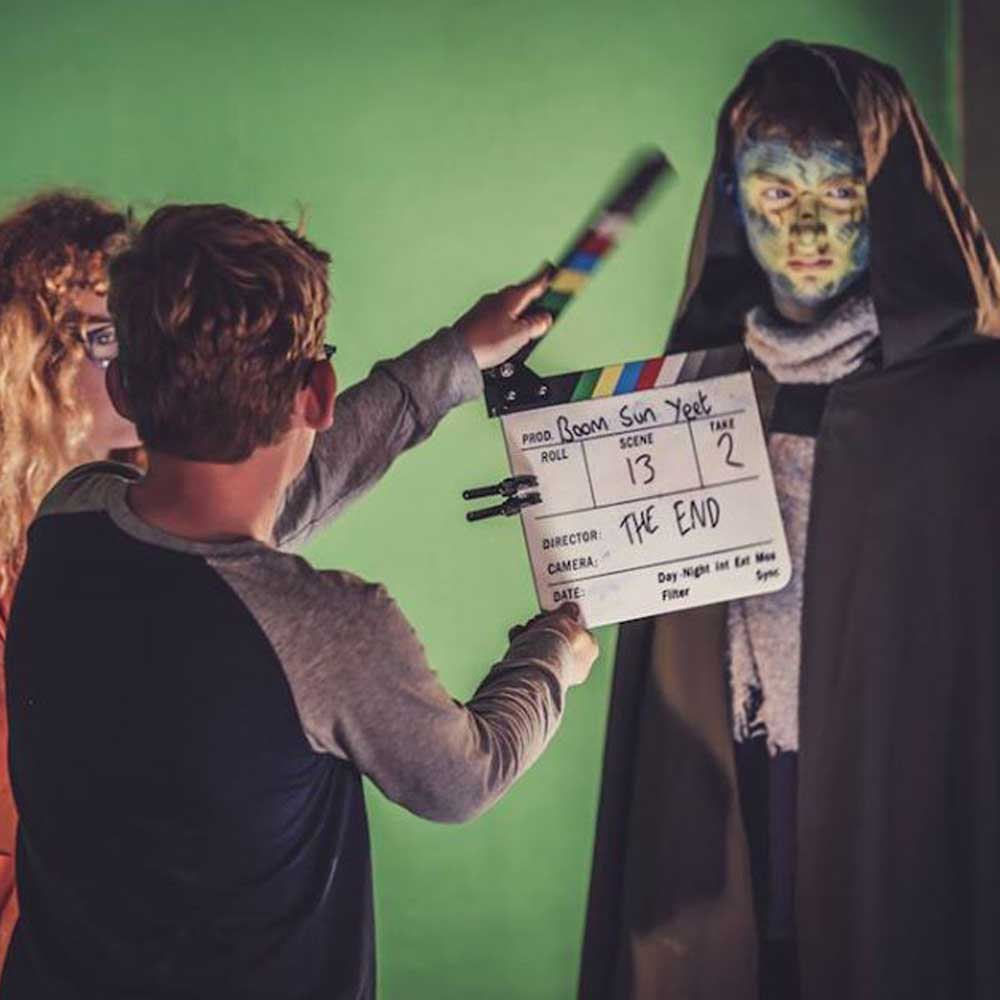 Exeter Phoenix and Four of Swords are proud to present the latest edition of their hugely popular Summer Film School. This week long workshop (Mon 01 – Fri 05 Aug) is aimed at kids aged 10 to 14 years old. It offers the chance to work with skilled filmmakers to create an amazing short film from scratch in just one week!

You don’t need to be interested in ALL of these areas, but everyone will have the chance to try a bit of everything. Mostly, of course, it will be exhausting, enormous fun!

This year’s film school will once again be held at the marvellous and mysterious Poltimore House (Poltimore, Exeter, Devon EX4, 0AU). Each day will run from 9am – 4pm, with a dedicated lunch break.

Spaces are limited. As there are only 30 places available, early booking is advised for this popular workshop.

Four of Swords Theatre was founded in 2012, born of two friends’ determination to create sensational theatre, and right from the start the use of film projection in their theatre shows was integral to their work. Since 2014, they have combined their filmic and theatrical expertise for Exeter Phoenix’s Summer Film School and other filmmaking workshops including ‘Sherlock Holmes and the Mystery of How to Act on Film’. In 2018, Film School even went international, when Four of Swords took it to Shanghai, China.

For more information, and to see any and all of the previous years’ films, please go to: http://four-of-swords.com/film-school/