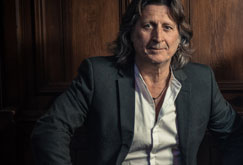 In his highly anticipated 2018 solo tour Songs & Stories, multi-award-winning songwriter Steve Knightley invites his audience on a musical journey, charting the winding roads of his unrivalled career. The Show of Hands frontman (One of the great English bands  Peter Gabriel) showcases a setlist peppered with classic gems such as Cousin Jack, AIG and Country Life with his inimitable passion and flair. And in a rare glimpse into the personal playlist of a songwriting legend, Knightley also pays tribute to some of his influences along the way, from Dylan to Radiohead.