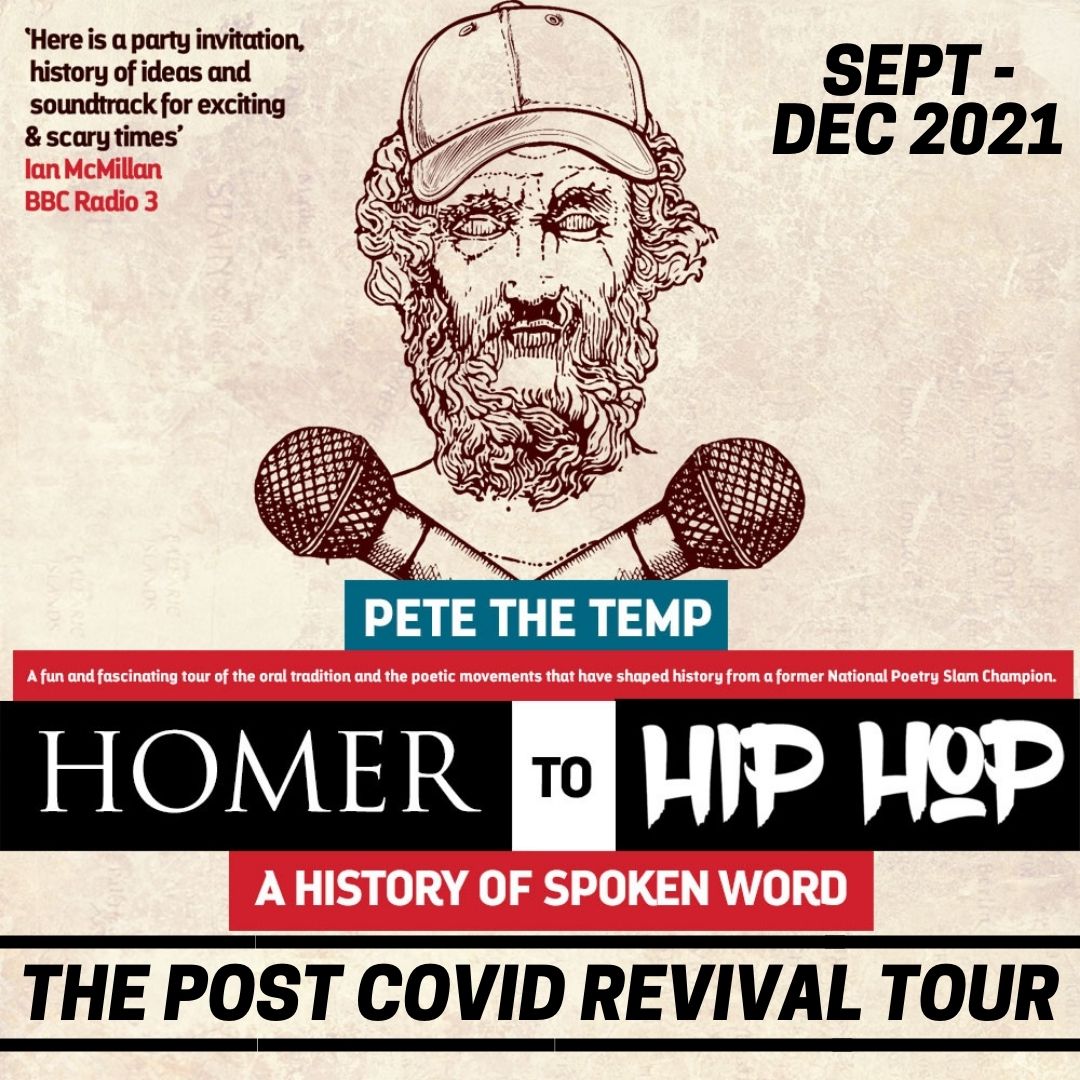 Join Spork! for an evening celebrating and exploring spoken-word, with Pete the Temp’s groundbreaking talk on the history of the artform, plus live performances from Louisa Adjoa Parker and four amazing local poets

Homer to Hip Hop: a People’s History of Spoken Word

Former National Poetry Slam Champion, Pete “the Temp” Bearder, brings to life the poetic movements that have shaped history. Find out why wordsmiths always been vilified, feared and revered; from the ballad singers and Beat poets, to the icons of dub, punk and hip hop.

Pete is an award-winning spoken word poet, author and comic. His work has been featured on BBC Radio 4, The World Service, and Newsnight. This show follows the release of his ground-breaking new book Stage Invasion: Poetry & the Spoken Word Renaissance.

Louisa is a South West writer of English-Ghanaian heritage whose poetry and prose has been widely published. She’s a former Quay Words Resident in Exeter, has performed her work around the UK, and won many accolades, including being highly commended by the Forward Prize.

Spork! is a spoken-word producer based in Exeter, spooning up events, workshops & artist support. This event is made possible with funding from Arts Council England and Exeter UNESCO City of Literature