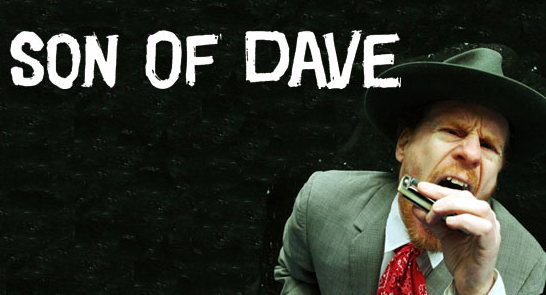 On Son of Daves new record Blues At The Grand, his a-list friends have joined the party. Producer Jimmy Hogarth is mixing cocktails, drummer Joey Waronker (Beck, REM) is in the ballroom and award winning UK comedian/actress Jessica Hynes is flirting with the bellboy. For the first time with Son of Dave its a full-band record and, as the bluesman is happy to admit, it is his most joyous to date.

Son of Dave  Benjamin Darvill  will decide what this bluesman will do and for his fifth album, Blues At The Grand, he enlisted the help of super producer Jimmy Hogarth  a rhythm and blues fan with writing and production credits on countless monster-smashes by the likes of Amy Winehouse, James Morrison, Duffy and Corrine Bailey Rae.

Son of Dave has also gone deep into Karmic debt with his musician friends, who have stepped up and played incredible parts on this record. Henry Olsen (Screamadelica) on bass. On lady vocals, Martina Topley Bird, Josephine Oniyama, Jessica Hynes, Naomi Yhap. On keys, Will Foster (Fratellis), horns by Martin Slatterly and Greg Heath. Son of Dave plays everything else including piano, bass, guitar, beats de la bouche and harmonica of course.