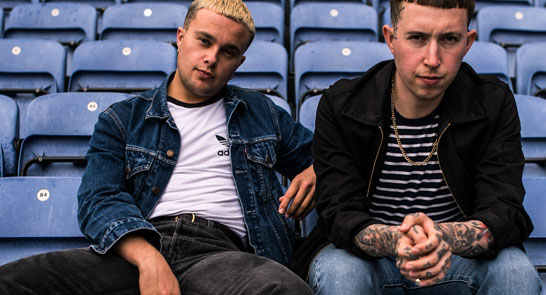 On top of releasing their brand new album Take Control this September, Slaves will also be laying waste to venues across the country as they launch into a full UK tour in November.

The tour will take in all corners of the UK as the band stay true to their roots of bringing their gritty, primal take on rock music to the people, wherever they are. Itll also include two nights at Londons legendary O2 Shepherds Bush Empire to complete what is set to be one of the must see live experiences of the year.

Slaves more than earned a reputation for themselves as one of the UKs fiercest live acts with their constant touring and festival appearances off the back of their debut album, Are you Satisfied?

Slaves first emerged in 2012, working their way up through the local toilet-venue circuit to become one of the success stories of 2015. The bands debut album Are You Satisfied? smashed in to the UK top 10 and earned the band huge critical acclaim. Thanks to their charismatic mash-up of punky urgency and silly humour, they bagged Kerrang!s Spirit Of Punk award and NMEs Best Video award (for Cheer Up London), while also securing nominations for the Mercury Music Prize, and for Best New Band at Q and NME.