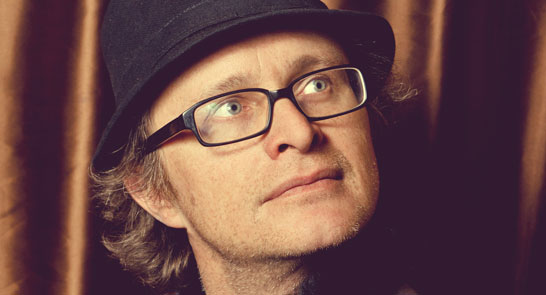 Meal Deal available with this performance:
ENJOY THE SHOW PLUS A 2 COURSE MEAL FOR £23 (£21). To book call 01392 667080 (must be booked at least 2 days before event, subject to availability. Click here for full terms and conditions).

Multi award-winning comedian Simon Munnery once more stabs at the void between dead film and live theatre, in his latest fylm-tastic live show. A show full of daring and imaginative comedy and live sketches all performed and projected live on screen. This is a master of British comedy in a truly unique and thrilling show.

‘In one audacious, ingenious leap of imagination, Munnery has escaped the bounds of stand-up as we know it’ ?????
THE SCOTSMAN

‘He might not be a household name, but Simon Munnery is an avant-garde comedy god. Ambitious, artistic and hugely funny  comedy connoisseurs will love it’ ????
TIME OUT

‘If stars were given for innovation, Simon Munnery would be taking home the full constellation.The God particle of Alternative Comedy’ ????
CHORTLE