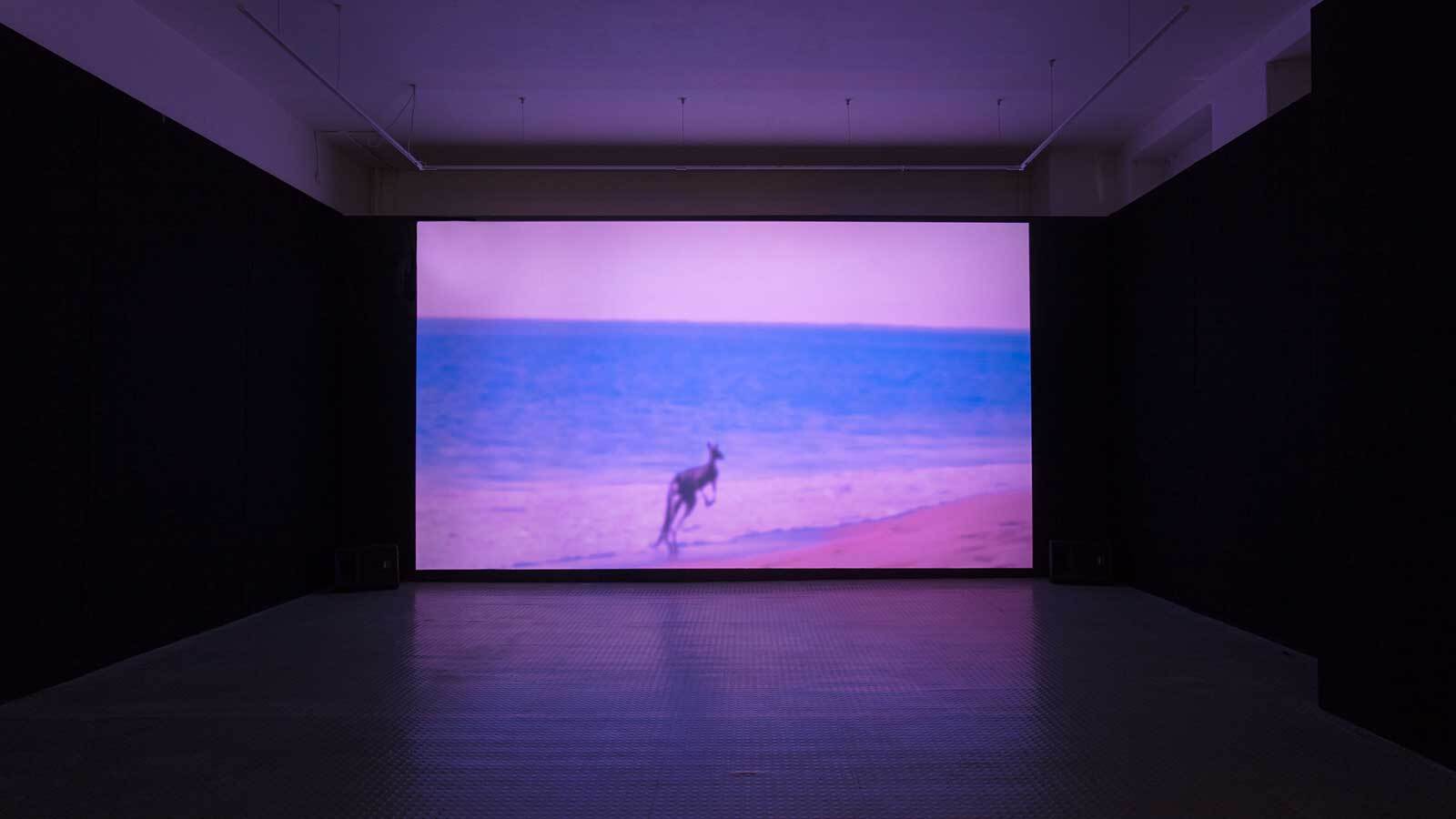 Simon Bayliss was raised in Devon, after spending his first year in the Bahamas, and is now based in St Ives, Cornwall. His relationship to the Cornish landscape and the sea feature strongly in his work, often exploring conflicting feelings of respect and irreverence for a place that is steeped in proud artistic and cultural history.

Kangaroo Beach featured a body of recent works spanning video, ceramics and poetry, which teased out ideas on intersections between the local and the international; traditional crafts and contemporary practice; and queer culture and rural identity.

Lending its name to the show, Bayliss’ latest video work Kangaroo Beach was inspired by American poet Mary Reufle’s essay of the same name on the subject of sincerity and irreverence. It featured a disconcerting collection of appropriated footage, in which muscular, buck kangaroos suggested an uncanny sense of  ‘the other’ whilst also reflecting ideas around macho surf culture, of posturing and body-building, all set to the artist’s own dance music composition.

Further works included a series of slipware plates informed by studio pottery and the legacy of Bernard Leach and Michael Cardew, and a collection of text paintings presenting the artist’s short poems inspired by the Japanese form of Haiku and Senryu.

This exhibition kicked off an exciting year for Simon Bayliss and had been developed to lead into a further solo exhibition at Plymouth College of Art in October 2018, as part of the South West Showcase, which aims to uncover and celebrate the talent of contemporary artists working and living in the South West region of the UK. 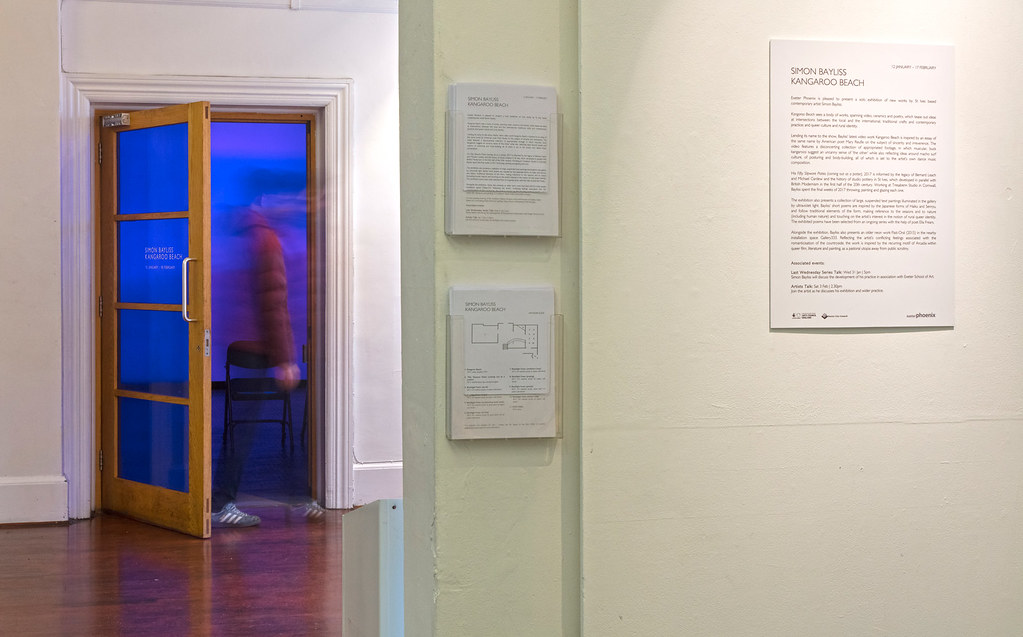 Last Wednesday Series Talk
Wed 31 Jan | 5pm
Simon Bayliss will discuss the development of his practice in association with Exeter School of Art.