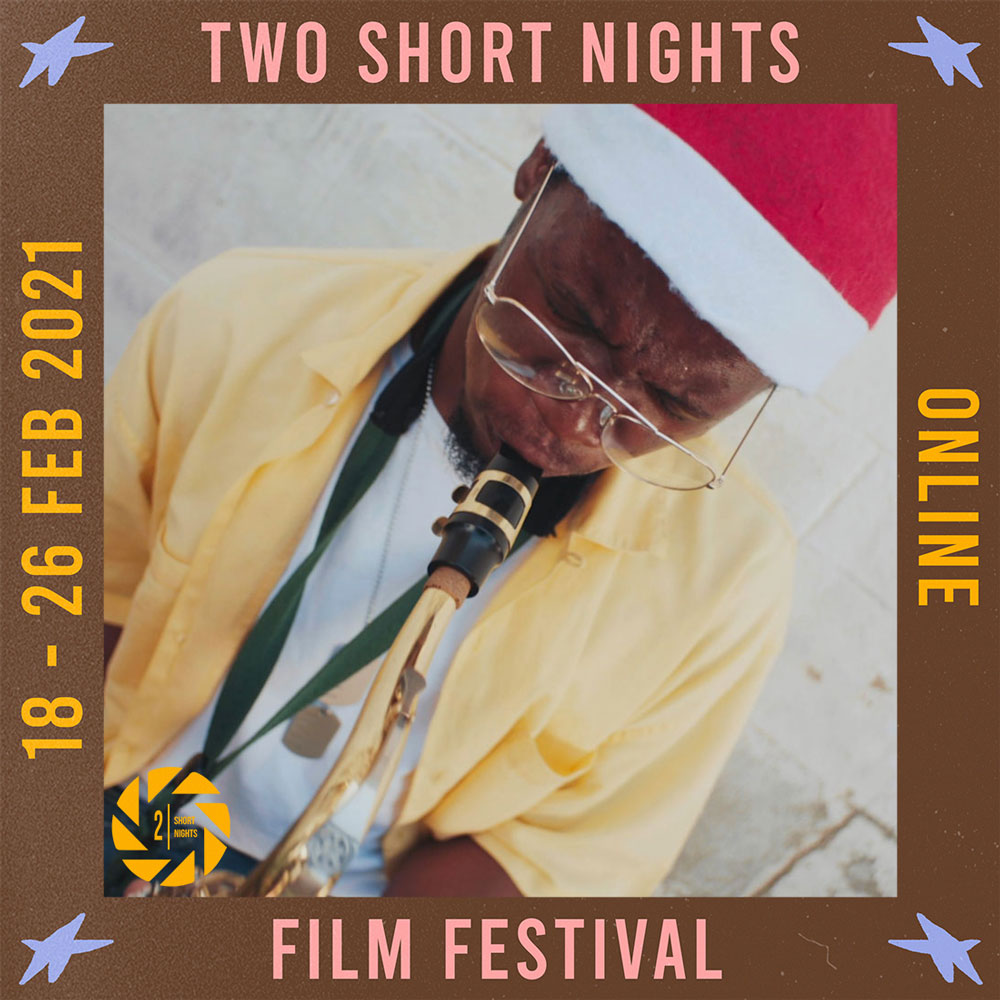 Film lovers rejoice! This February you can enjoy Two Short Nights Film Festival from the comfort of your sofa. Our annual celebration of the world of short film has moved online and is available to stream on demand from Film Festival Plus.

Whether it’s a change of heart, a shot at redemption or just a big night out, sometimes life offers you a second chance. The real question is, will you take it?

What In The World

Girl’s Night
Dir. Ismay Bickerton | 4 mins | UK
A short animated comedy about four girls preparing for a night out, that touches on such vital topics as moustache politics and yoga with Adrienne.

Newbie
Dir. Ieuan Coombs | 14 mins | UK
A novice burglar embarks on his first robbery only to discover that a far more experienced thief has had the same idea. So as not to incriminate each other, they agree to join forces and split the profits. Their loyalties to this pact are tested however, when the burglary goes further awry…

S*!T
Dir. Simon Wegrzyn | 2 mins | UK
Sleazeball ‘Trevor’ gets a second chance at life when a heavenly ‘Cleric’ makes him an offer he can’t refuse. Just remember; read the T’s and C’s!

Pile Poil
Dir. Lauriane Escaffre and Yvonnick Muller | 20 mins | France
In three days, Elodie is taking an exam to get a beauty therapy diploma. Her father Christophe, a butcher, would like more help from his daughter in his butcher shop. But at the moment, Elodie deals with another issue, she has to find a model. A hairy model to pass her test.

2025: The Long Hot Winter
Dir. Jake Lancaster | 10 mins | UK
Brian Eno narrates this fictional documentary set in the year 2025, interviewing Londoners about their first Christmas heatwave. A playful but terrifying missive from the near future.

Anna
Dir. Dekel Berenson | 15 mins | Ukraine
Living in war-torn Eastern Ukraine, Anna is an aging single mother who is desperate for a change. Lured by a radio advertisement, she goes to party with a group of American men who are touring the country, searching for love.