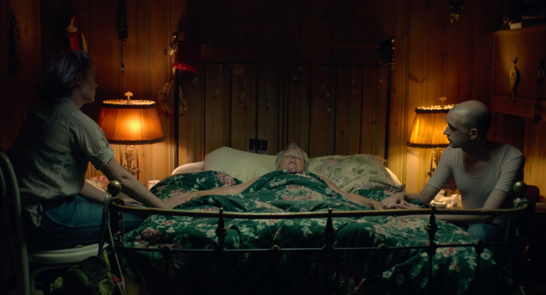 Connected by flesh and blood these families are sticking together through lifes adversities. In grief, loss and reflection we see them unite to build a new and better future.

After a fatal incident, a mother and daughter are asked to account for their actions. To get out of trouble they conspire to lie. Do they feel no remorse?

Confessions of an Angry Mother

She’s afraid of three things: losing her temper, hurting her own kids and turning into her own abusive and violent mother.

It’s John’s first day at school. Unexpectedly his eleven-year-old big brother Mika shows up to follow him to assembly. Instead Mika has plans seeing it as his mission to teach John the hard facts of the world, starting with the merciless demands of the schoolyard.

A young girl cares for her younger brother at home, while she awaits her mothers return.

A childs world is sometimes full of problems that are not always easy to talk about with parents or friends. In the Netherlands, the Kindertelefoon special telephone line helps children  the equivalent of the Czech Child Safety Line. L I S T E N captures the true confessions of these anonymous children.

His Name is Willy

Two siblings begin to reconcile as they perform a DIY funeral for their recently deceased mother, who requested that her corpse be thrown to the wolves when she dies.

Give a man a fish, and you feed him for a day. Give a man a video camera, and you will have a film in twenty years.