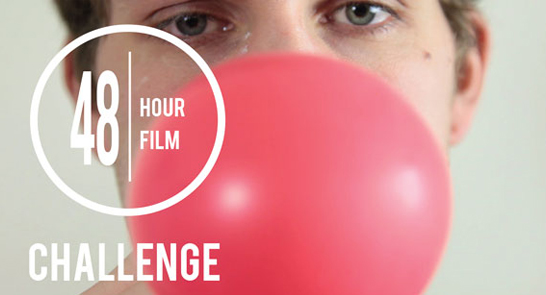 After school film fun! A selection of our favorite short films, animation and live action, for children aged 7+. Come along on an animal filled adventure, where a fox and a mouse become best friends and a small bee has a big impact on his hive. A magic chicken helps out with a bakers cakes, while a clever little monkey keeps his wits about him to protect his bounty of bananas!

A small bee, allergic to pollen, discovers an extraordinary product that will dramatically impact the life of the hive.

On her first day at a new school, a self-conscious young girl learns that friendship can overcome difference.

An argument between a cat and a dog escalates into an emergency, but luckily the animator intervenes.

Every time Lucy is called ‘Mouse’ by her Mum, she turns into a real mouse! What is Lucy going to do?

A clever little monkey remembers to keep his wits about him when the bigger monkeys encroach on his bounty of bananas.

A baker whose down on his luck has his fortunes turned around when a magic chicken stumbles into his shop.

PAWO (Tibetan for “being brave”) is the magical adventure of a little toy figure, who finds herself in a curious world with some strange companions.

A crotchety old man lives a life of seclusion inside a submarine balanced atop a mountain, until an unwelcome visit from a seagull rocks his world.

A Fox hunts a mouse, but after an unfortunate event the mouse saves the fox from certain death and they become friends.