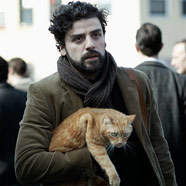 The true story of Mary Poppins journey to the big screen is imaginatively brought to
life, with terrific performances from an all-star cast.

A doting father, Walt Disney promises his adoring daughters that he will bring their favorite fictional nanny Mary Poppins to the big screen. Little does Walt realize that surly author P.L. has no intention of seeing her most famous creation bastardized for moviegoers, a fact that makes keeping his promise a difficult endeavor.