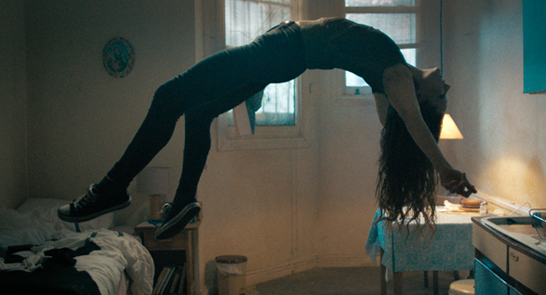 ABOUT YOUR VISIT TO STUDIO 74

Although were still bringing you brilliant big screen films, theres no denying that things are a little different now! Find out what were doing to keep you safe, and what to expect from your trip to the cinema here >>

‘Charting a razor-sharp course between the borders of horror, satire, psychodrama and lonely character study, Saint Maud is a taut, sinewy treat, boosted by two quite brilliant central performances.’
????? – THE GUARDIAN

Having recently found God, self-effacing young nurse Maud (Morfydd Clark) is untiring in her spiritual devotion. Landing a job as full-time private carer, she arrives at the plush home of Amanda (Jennifer Ehle), a dancer whos frail from chronic illness. While they couldnt be more different  Amandas taste for excess is the antithesis of Mauds pious values  the mismatched pair slowly build a brittle bond of co-dependency. But when a chance encounter with a former colleague hints to a dark past, it becomes clear there is more to Maud than meets the eye