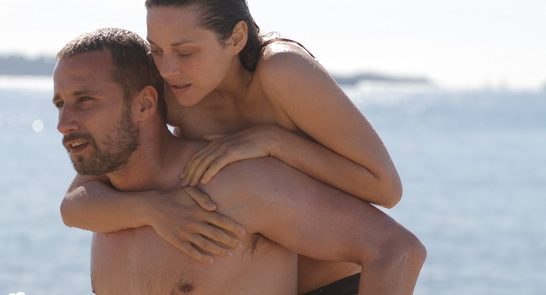 Ali dreams of becoming a professional boxer. When he is suddenly put in charge of his five year old son, he moves in with his sister for support. Whilst working as a nightclub bouncer, he meets the beautiful and confident killer whale trainer, Stephanie. He gives her his number, not expecting that she will ever call. After being the victim of a tragic accident, Stephanie surprisingly turns to Ali for support. These lost souls discover new meaning in life together when Ali enters the dangerous world of underground boxing.

Director Jacques Audiard constructs a love story within a setting of working class France, unflinchingly epitomised by Matthias Schoenaerts as the anti-hero Ali, triying to overcome battles, both physical and psychological.

Marion Cotillard knocks it out of the park
NEW YORK POST