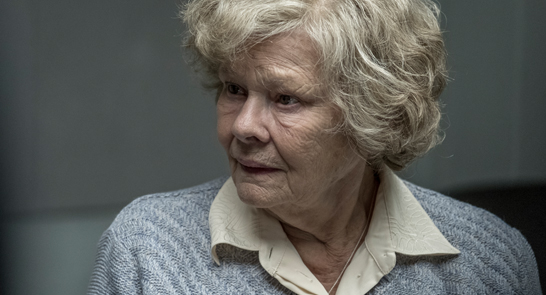 The new thriller from renowned British theatre director Trevor Nunn, Red Joan casts Judi Dench in a rewardingly complex role as a retired physicist who late in life is revealed to be a long-serving spy for the former Russian KGB.

Adapted by Lindsay Shapiro from the bestselling novel by Jennie Rooney and inspired by the life of British KGB agent Melita Norwood (known as the granny spy when she was unmasked in the late 90s) , the film follows Joan Stanley, a seemingly unremarkable and inconspicuous retiree who, in 2000, is living in a London suburb when she is arrested and charged with providing intelligence to Russia during the Cold War.

A well-crafted historical thriller that seamlessly transports the viewer into the past and feels especially topical in this time of new threats from Russia to the UK and the West, Red Joan explores both the intimate strangeness of espionage at large and its fascinating effects on an individual life, bolstered by excellent performances from both Dench and Cookson.

Enjoy breakfast in our Café Bar before the screening on Tue 14 May.